Patti is in Paris, meeting with her publishers, Éditions Gallimard, to discuss one of her books and perform basic publicity duties such as book signings and interviews. 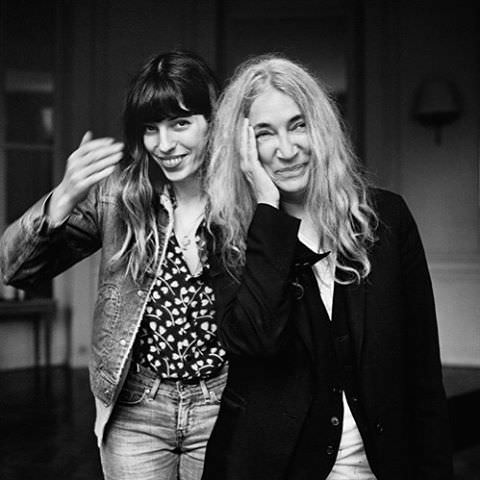 She doesn't mention which book she is signing, but I'll assume it is M Train based on the dates between that book and this one.

The publishing house is a short walk from her hotel at #5 Rue Gaston Gallimard. 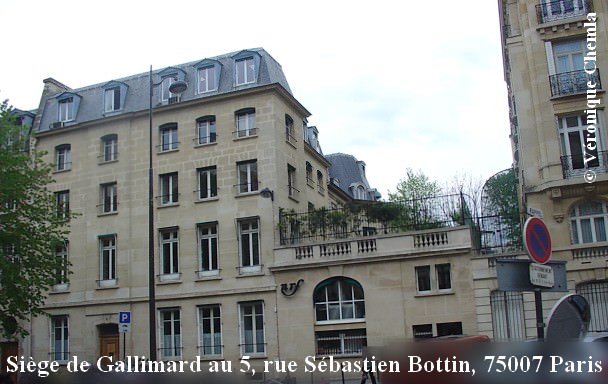 Gaston Gallimard, along with André Gide and Jean Schlumberger, created the publishing house Éditions Gallimard in 1911 as an extension of La Nouvelle Revue Française (1909, a leading avant-garde journal). Today, it is the leading independent publisher in France with a catalog of more than 40,000 titles and 9,000 authors. It has expanded to 15 publishing houses, nine bookstores, and distribution centers. It acquired Flammarion in 2012, making it the third largest editorial group in France. Gallimard now consists of a number of imprints, including Éditions de la Pléiade, NRF, Denoël, Mercure de France, the Du Monde Entier imprint of foreign authors, and its paperback imprint Folio.

The trademark ivory cover with red and black nets and NRF monogram (Nouvelle Revue Français) is displayed on the first group of books published in 1911. 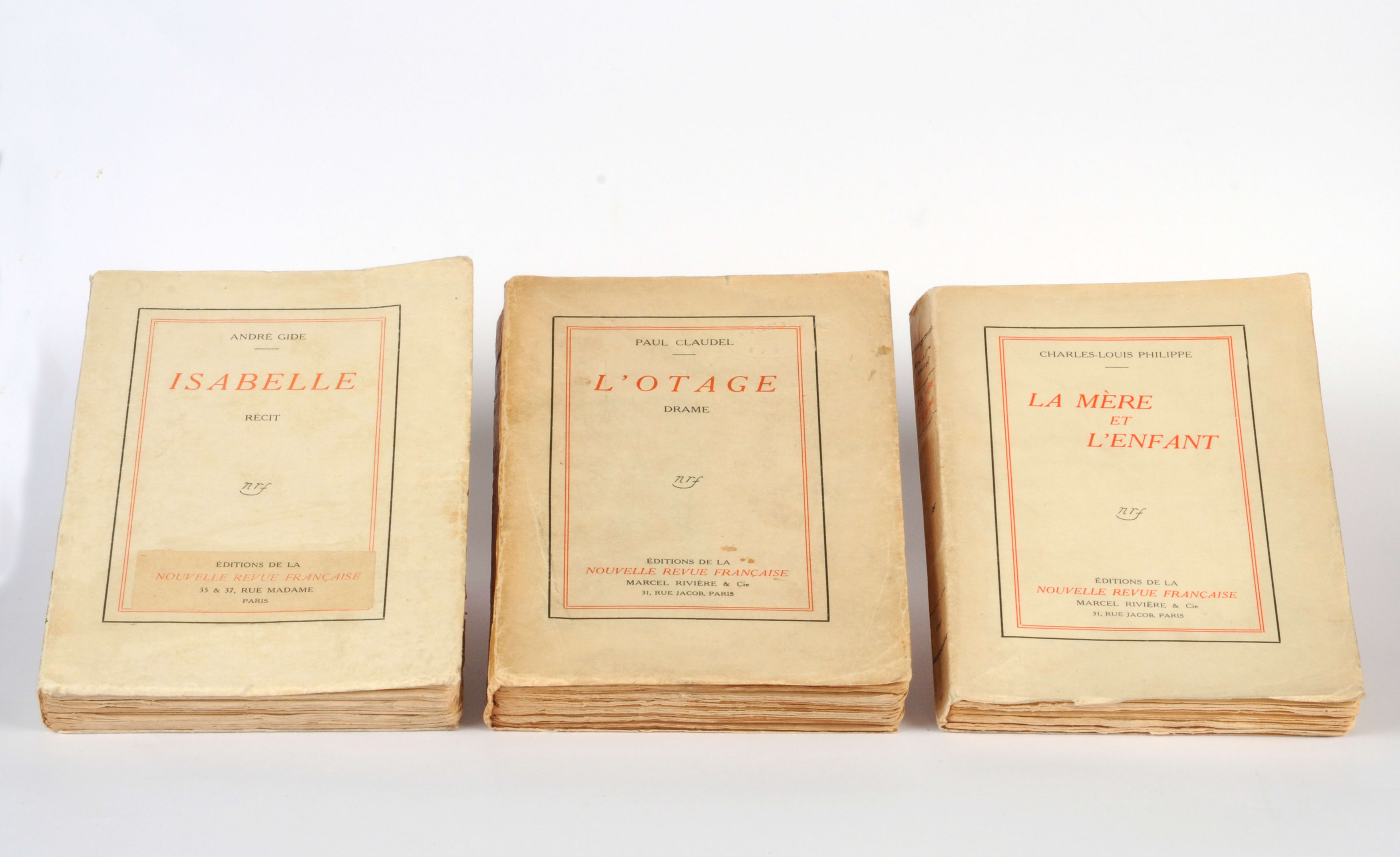 Patti is in some pretty impressive company! 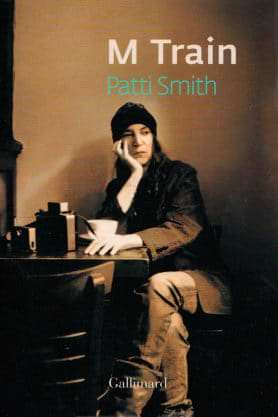 Gaston Gallimard was the son of a wealthy patron to the arts. His father financed and championed Impressionist painters, deluxe editions of books, fine art, theater, and restaurants. Gaston did not fall far from his father's financial tree. 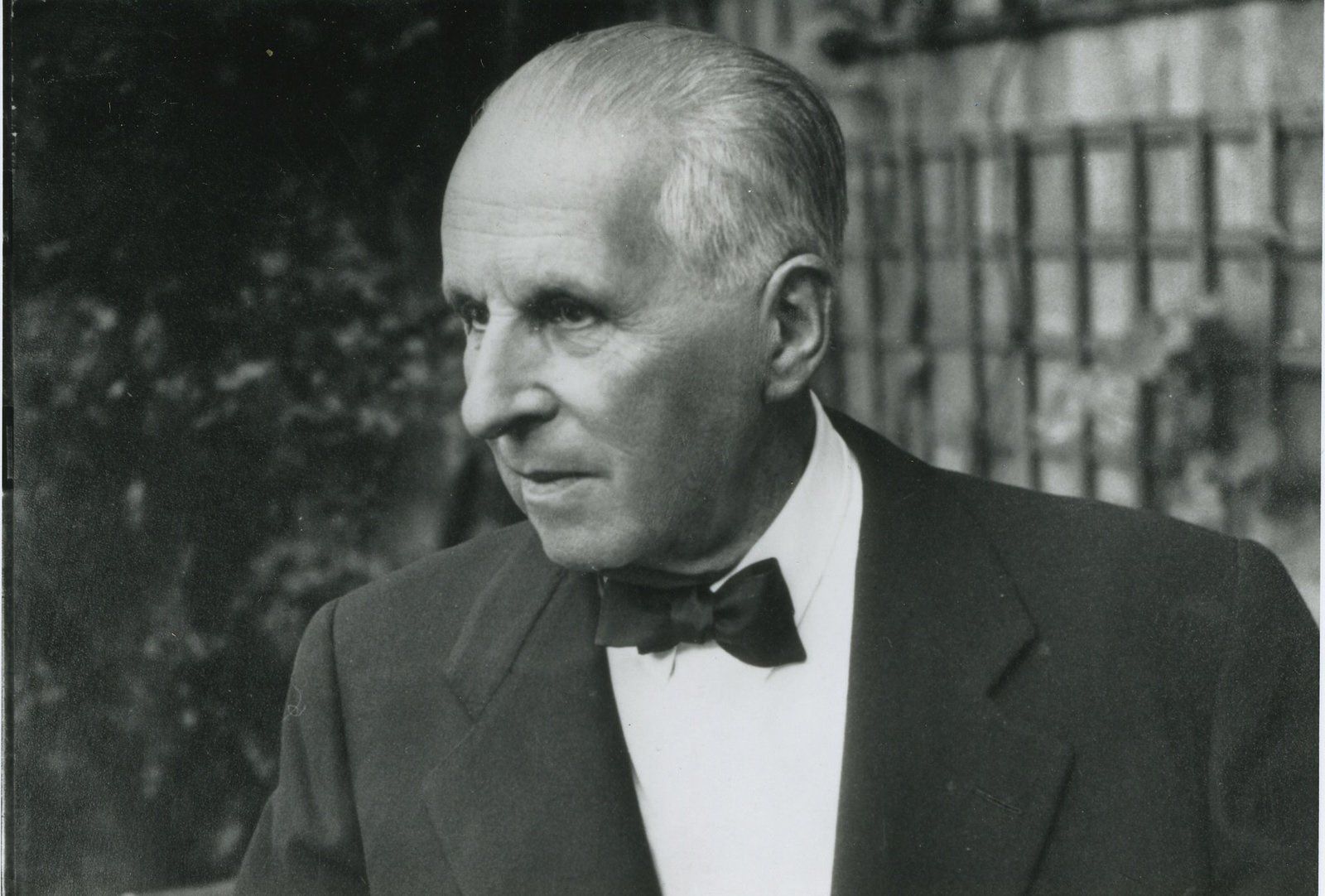 
He was also a brilliant businessman that guided the NRF ship through many turbulent waters. One early incident could have proved costly for the company as Gide and Schlumberger rejected a work by little-known writer, Marcel Proust. It was Gaston who saw the value in having Proust and his writings kept in-house and he renegotiated with Proust to publish his massive novel in its entirety. Proust, who had gone to another publisher, had to withdraw his work and NRF was able to publish all of the volumes of Ala recherché du temps perdu before Proust's death in 1922. 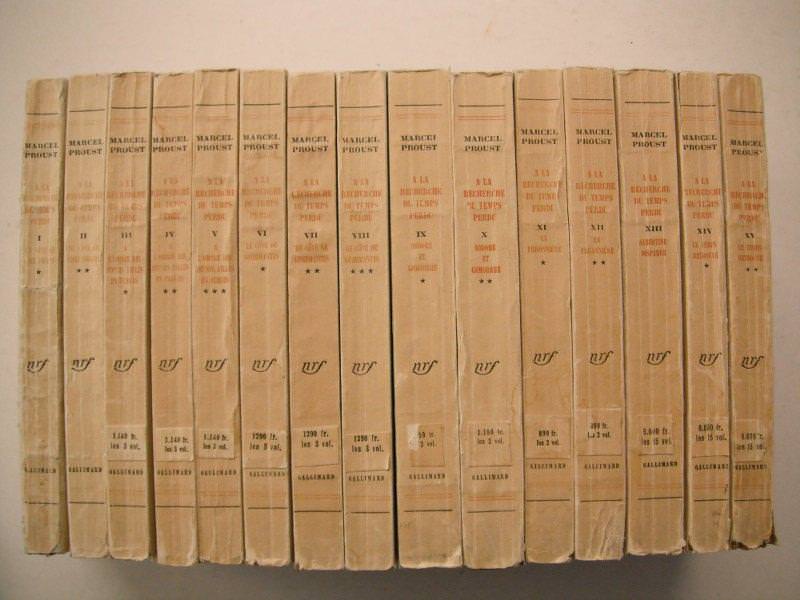 
Gide became concerned when Gallimard began financing other businesses, such as theaters and tried to have him removed from the company. Gaston fought back by establishing an editorial board that kept him as publisher and gave him a voice in the editorial decision-making.

World War I interrupted business as shortages of electricity, paper, and manpower grew with battle lines restricting access to their Belgian printer. Even more disturbing, their young writers were dying rapidly in the fighting. NRF had just signed a new young writer, Paul Valéry.

It was also during this time that the Gide and Gallimard rift grew. While Gide resented Gallimard's power, he knew it was best for the company and he began to focus more on his own writing, leaving Gallimard to run the day-to-day operations.

By 1919, the NRF was renamed Librairie Gallimard and reorganized with five principal shareholders: Gallimard, Gide, Schlumberger, Gaston's brother Raymond, and Gaston's childhood friend. Raymond took over the financial responsibility and Gaston seized control of the publishing side. That partnership lasted nearly 50 years.

The headquarters of Éditions Gallimard in 1929
Photo Credits © Gallimard Archives

After the war, the business began growing again, with the popularity of Proust's work. Gaston became a large shareholder in their Belgian printing company and could order large print runs should another "Proust" moment occur. He continued to expand the company's holdings and build its catalog of contemporary authors: Artaud, Saint-Exupéry, Steinbeck, Caldwell, Simenon, and Malraux.

Enter World War II and the Nazis occupation of France in 1940. Gaston considered selling the company and moving to the United States but changed his mind. He shifted gears and published German authors like Goethe, Eckhard, and Fontane while continuing to feature new French authors Camus and Saint-Exupéry.

With entertainment options limited under Nazi rule, book sales skyrocketed and kept the publishing house afloat. The Nazis were able to seize editorial control of the house but not for long. After the liberation of France, Gallimard began featuring the "Resistance writers" Jean-Paul Sartre, Camus, Malraux, Cioran, and Jean Genet. Eventually, Dashiell Hammett and Raymond Chandler were added. 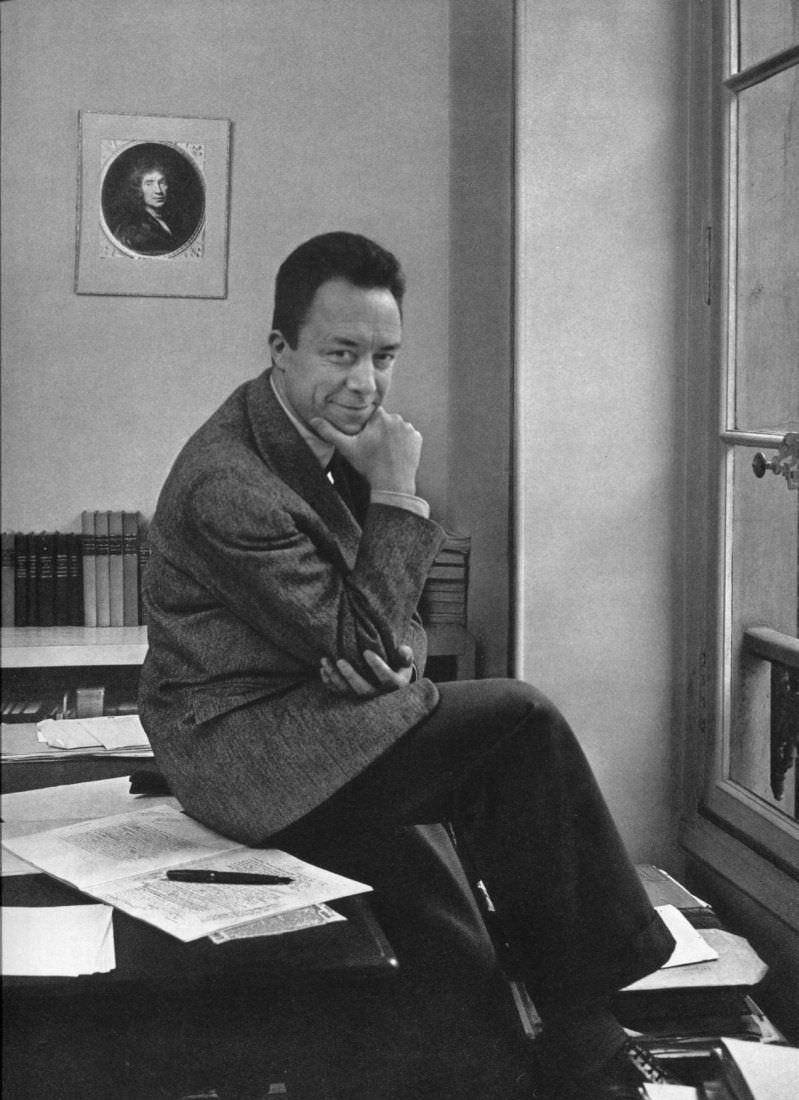 Due to the brief Nazi takeover and editor, the NRF was banned from publishing after the war. Another storm Gaston had to weather for the company. By the 1950s, the company adopted the name Les Éditions Gallimard and began acquiring its competitors.

The Gallimard brothers brought their sons Claude (Gaston's son) and Michel (Raymond's son) into the business. The cousins did not work and play well together creating a chasm in the publishing house as different factions sided with either son. Their fathers were considering separating the cousins to different offices when Michel and Albert Camus were killed in an auto accident in 1960.

The company stabilized in the 60s and day-to-day operations were given to Claude. An early test in Claude's leadership abilities came during negotiations with Gallimard's long-time distributor Hachette. Both companies were under new leadership and the negotiations were intense with Gallimard ending its relationship with Hachette and forming its own distributorship, La Sodis, and a new paperback line, Folio. 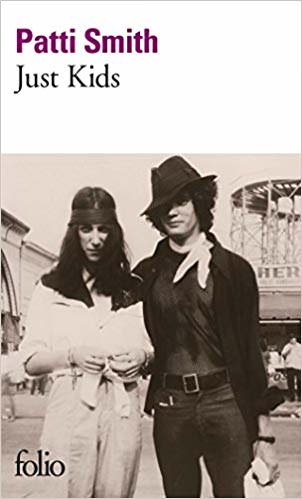 By the time Gaston died in 1975 at 94, his company was the most honored in the publishing world with 18 Nobel Prizes, 27 Goncourt Prizes, and 18 Grand Prizes for the Novel.

Claude continued to shine in his father's footsteps and the company remained strong throughout the 80s. However in the 90s, a new family feud was brewing. Claude announced that his younger son, Antoine, would take over for him in 1988 and not his older son, Christian. 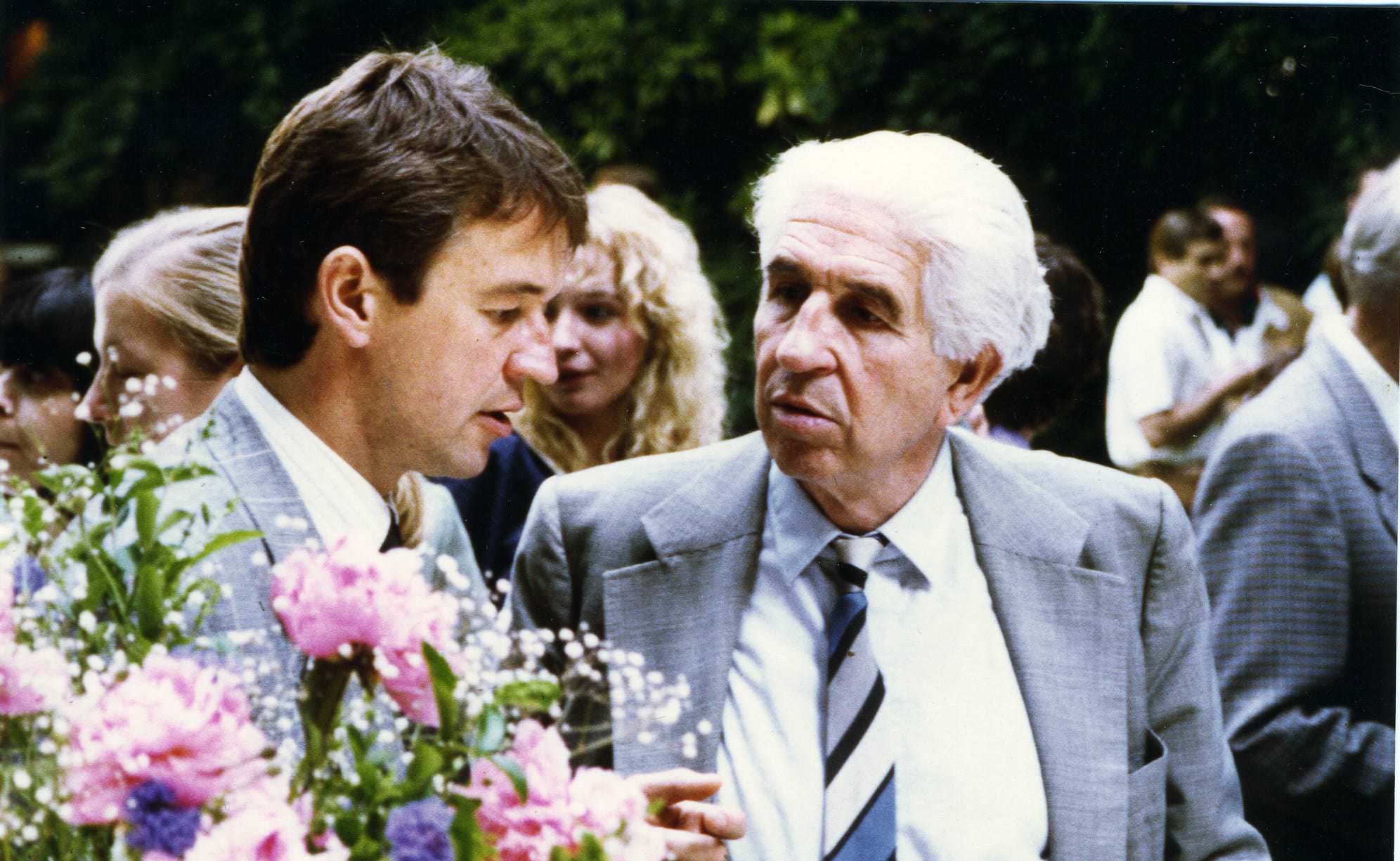 
Daughter, François, wanted to sell her interest in the company and rejected Antoine's bid. Claude's other daughter, Isabelle also wanted out. By 1990, Christian, François, and Isabelle sold their shares (54% of the company) to outside interests. Antoine engineered a plan that would limit the stake of outside shareholders to 12% and the publishing house became a subsidiary of a new holding company, Sopared, controlled by Antoine. 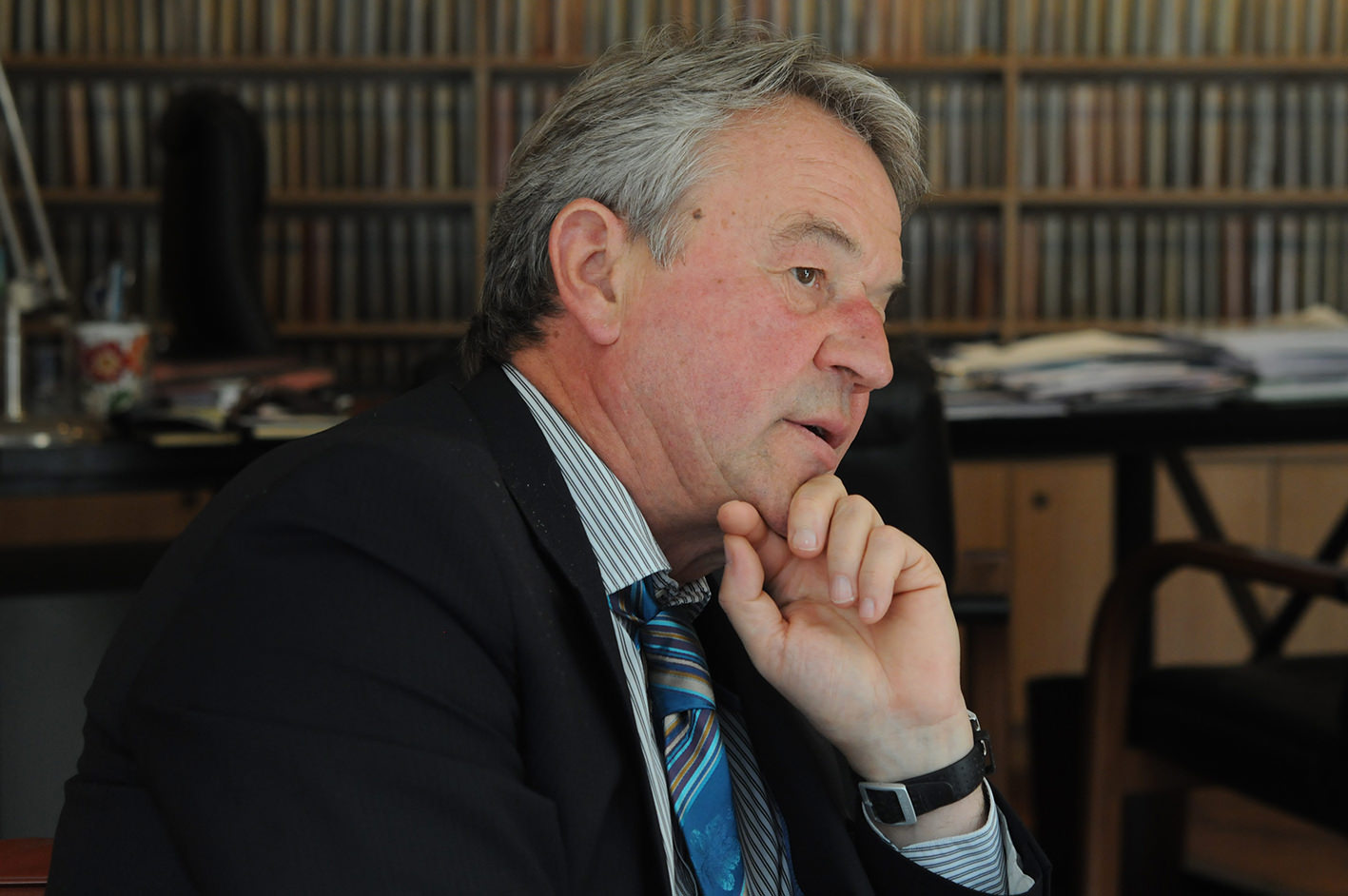 
None of this affected the company's growth and acquisitions and by the turn of the century, Antoine's holding company, Groupe Madrigall, had regained a 60% share in the publishing house. Antoine continues to run the company today and I assume is the "Mr. Gallimard" Patti mentions meeting with. 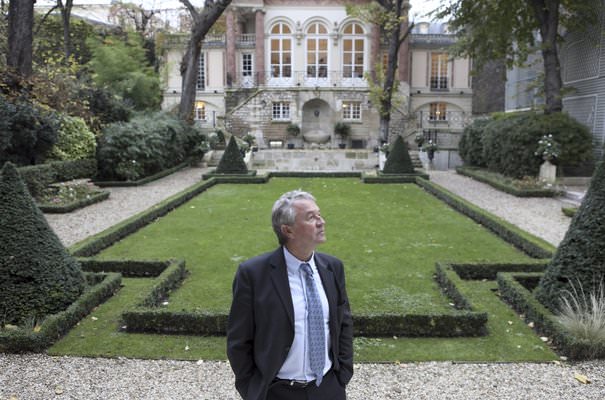 Antoine Gallimard in the garden at Gallimard Publishing

And you thought you had money troubles.

From here, our Road Trip turns south and heads to the sea. 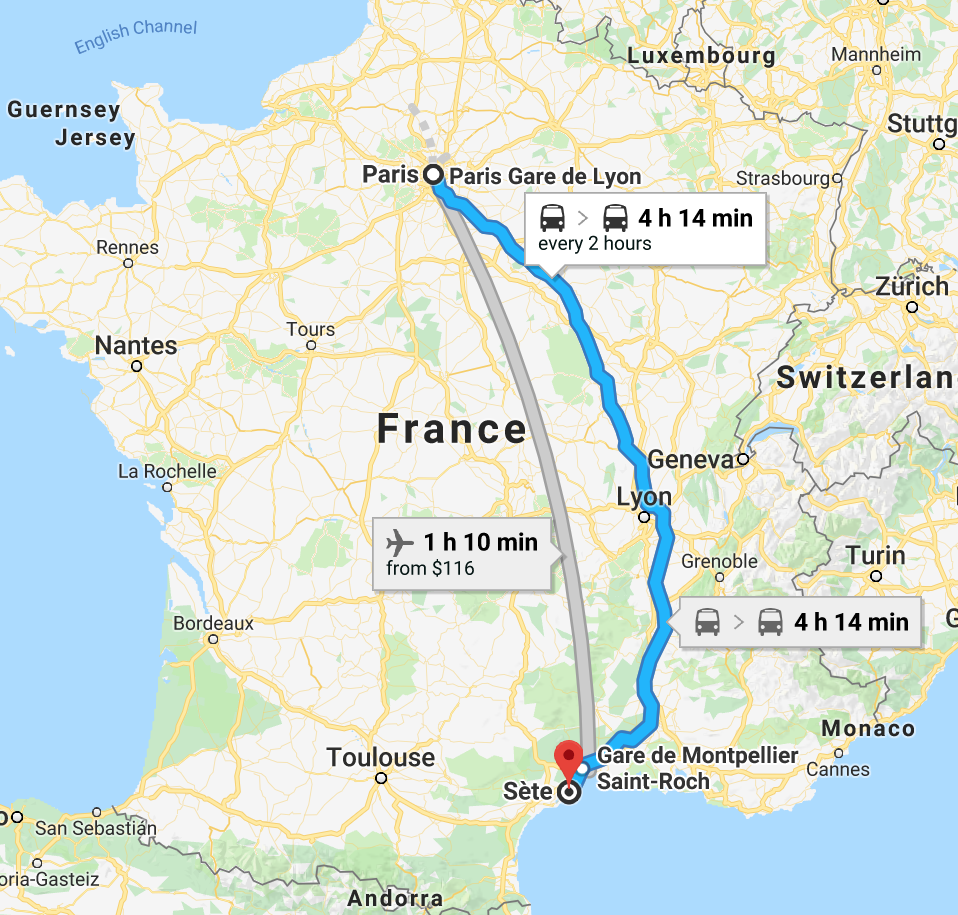 As part of the press junket, Patti travels to Séte, France, "an old sea-side resort on the Mediterranean, the native town of the poet Paul Valéry." Séte is about a 4-hour train ride from Paris, so this gives Patti some time to work literary magic in her journal. The Ristuules trailer and the great authors inspired her in Paris. Now she travels to Séte. What will inspire her there?

Fresh seafood, the harbor, Paul Valéry, and a cemetery, of course. She often visits cemeteries and the graves of her idols to feel their spirit, leaving gifts for them. 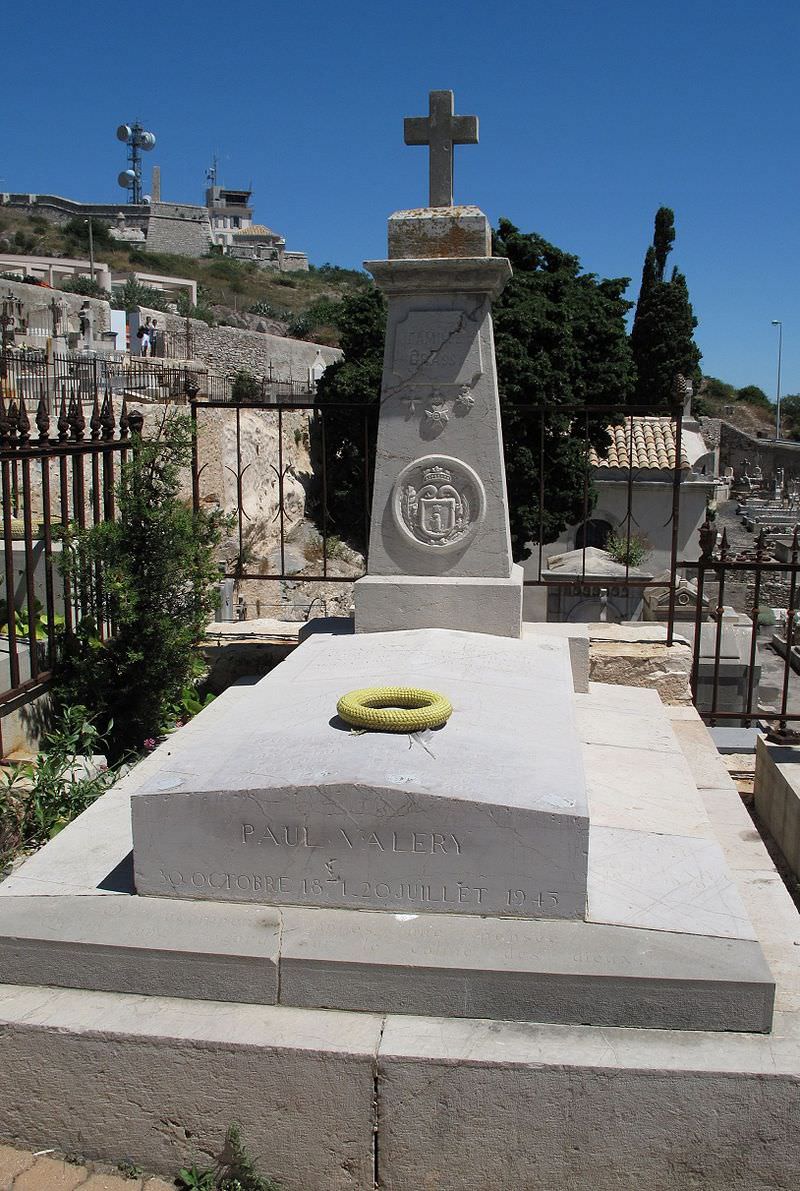 While at the cemetery, she is drawn to the grave of a young girl. Then she spies another gravestone with DEVOUEMENT carved on the border; DEVOTION in English.

While we're in Séte, let's take a look around at this lovely port and its gorgeous views. It was established in 1660 as the head of the Canal royal en Languedoc, renamed Canal du Midi by the French revolutionaries, and connects the Mediterranean to Toulouse.


The Séte Old Port is full of canals, bridges, and narrow streets, making it perfect for a Patti tidbit! If you don't have your own boat, you can walk along the quays, admiring the view of painted houses, historic buildings, and the activity of the port. 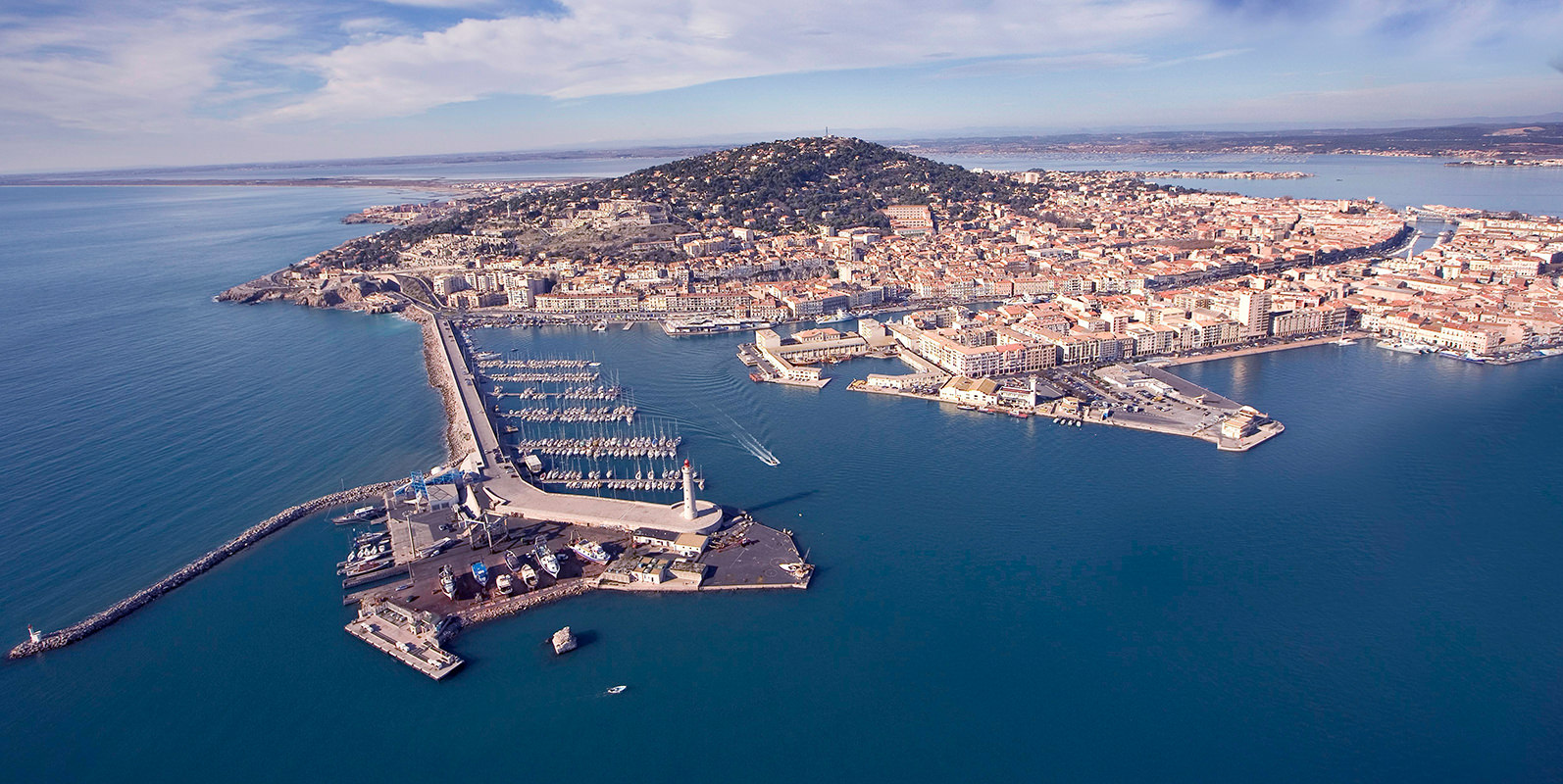 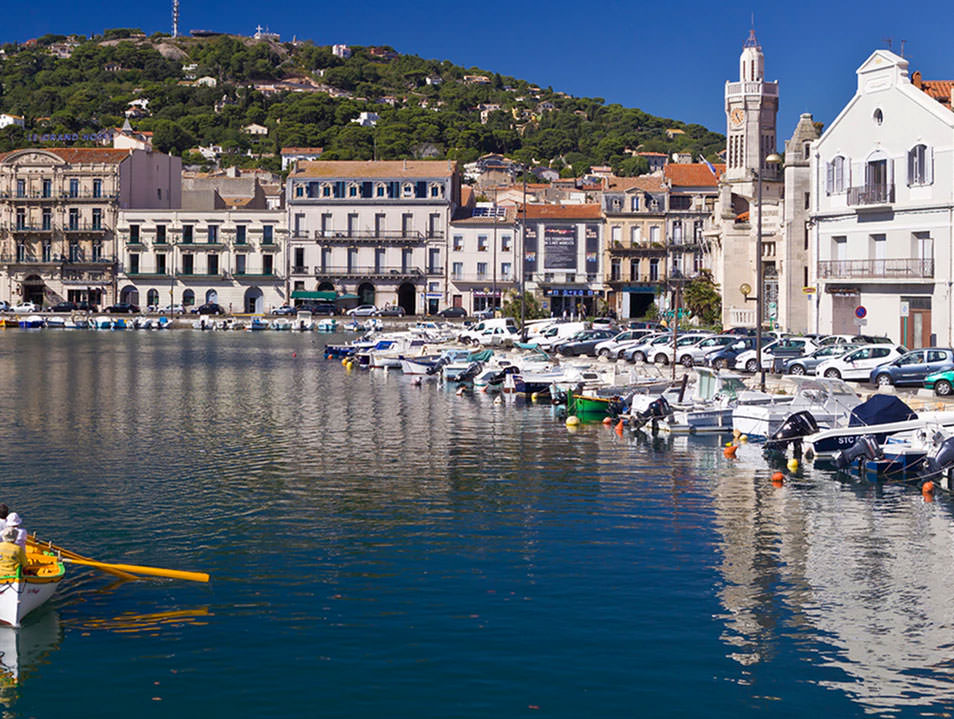 Patti writes, "I take a last walk, discovering a sequestered park presided over by an imposing statue of Neptune…" 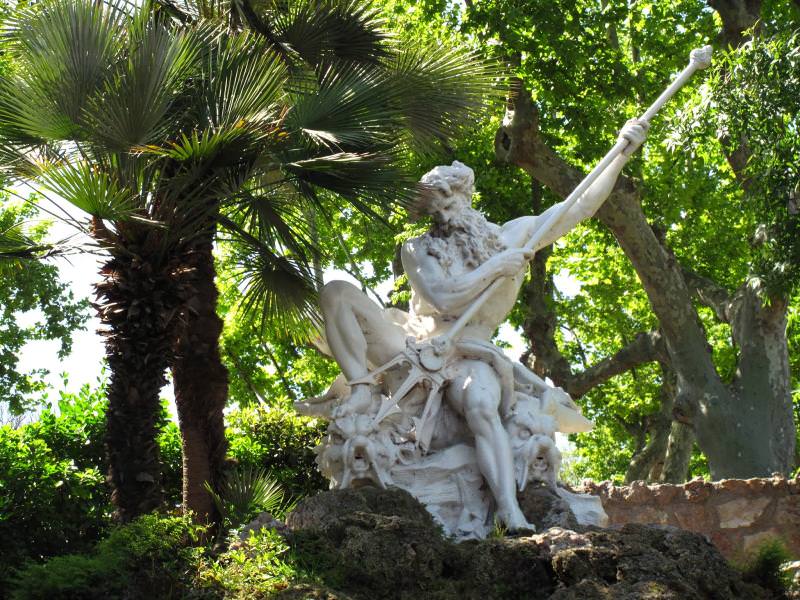 The Musée Paul Valéry sits atop Mont Saint-Clair and its works include the history of the city, jousting results beginning in 1666, and works of fine art. There is a room dedicated to Paul Valéry's manuscripts and texts. 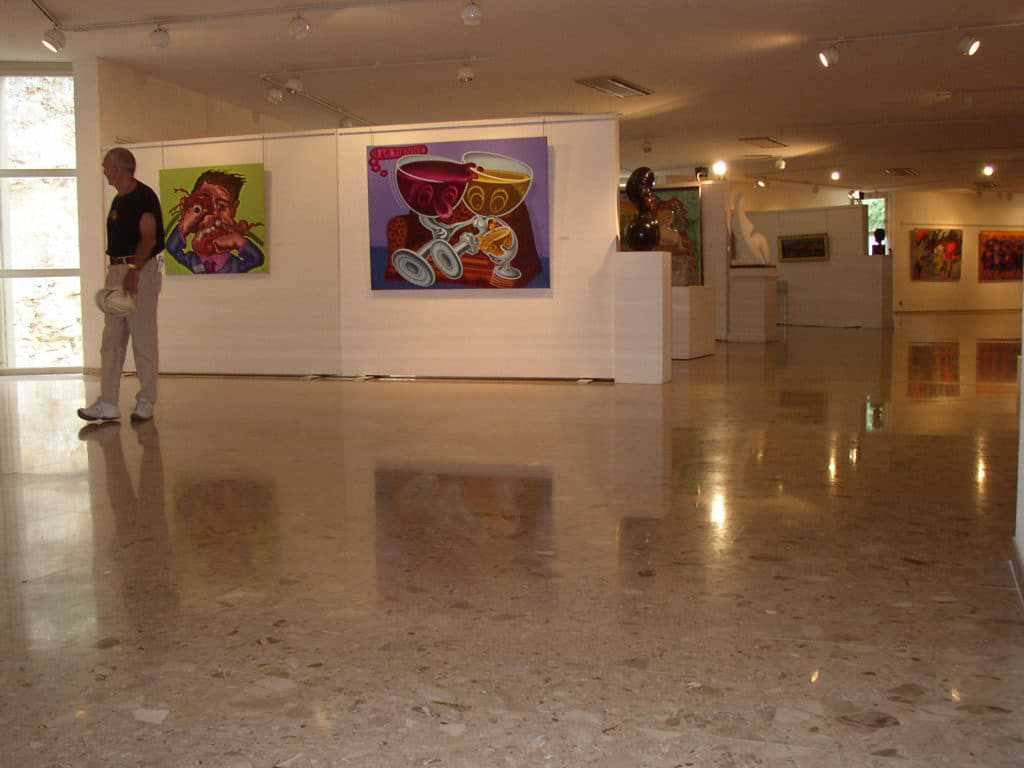 Patti visits the Cimetiére Marin to pay her respects to Valéry. His resting place is under his mother's family name, Grassi. Another notable buried here is Jean Vilar, a prominent actor and director. The cemetery, itself, is magnificent. Set atop a cliff, overlooking the Mediterranean, the views are spectacular. 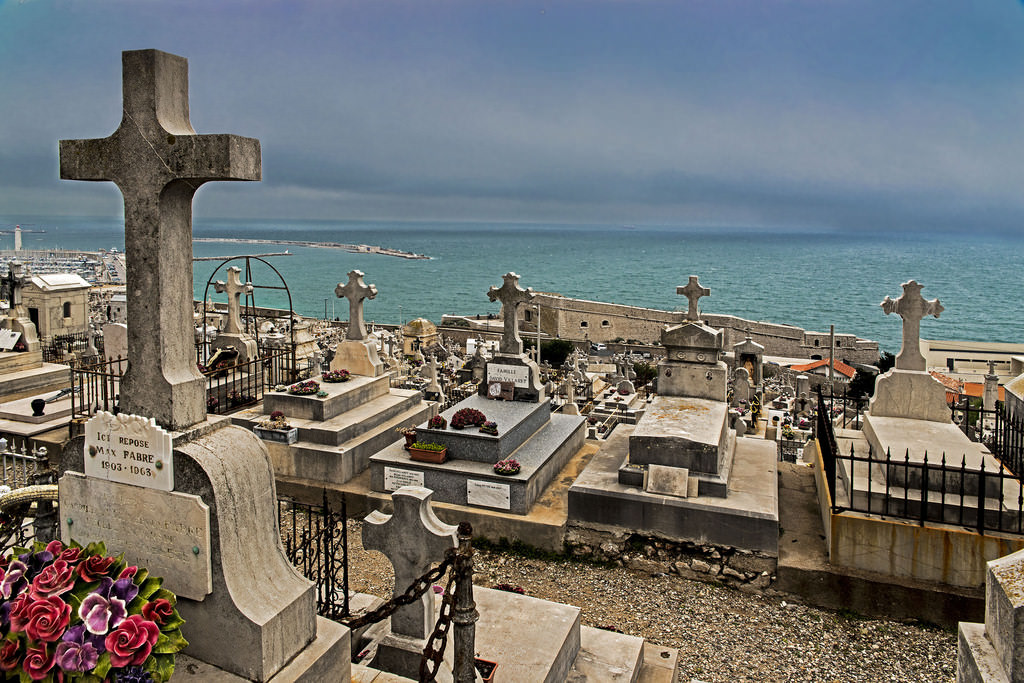 Had Patti visited in August, she would have enjoyed the Fête de la Saint Louis and watching the water jousting tournaments. Yes, men attach platforms to crewed rowboats and use lances and wooden shields to knock each other into the canal. 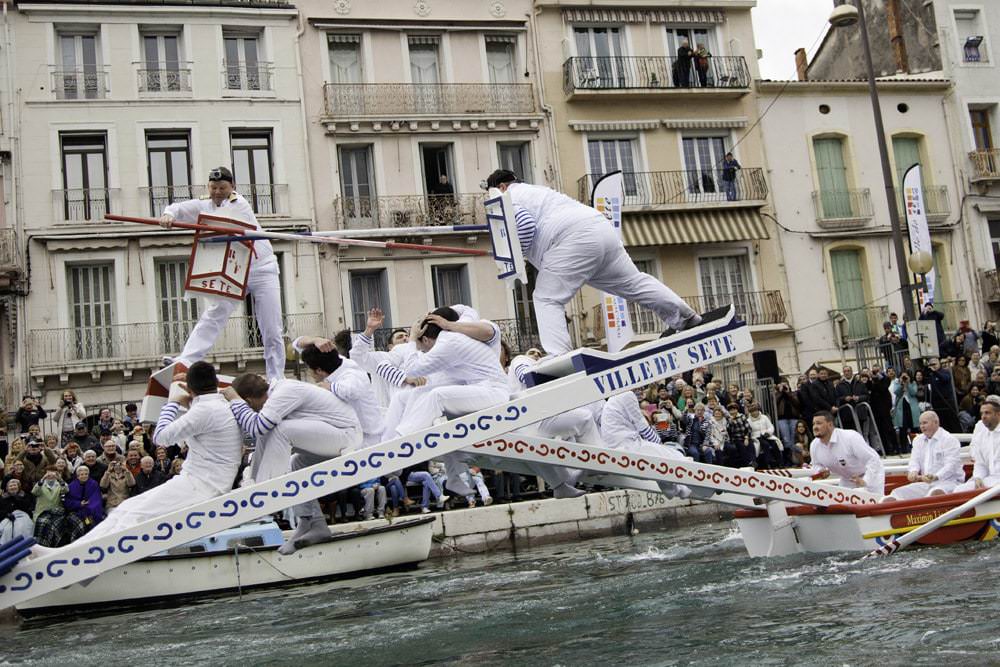 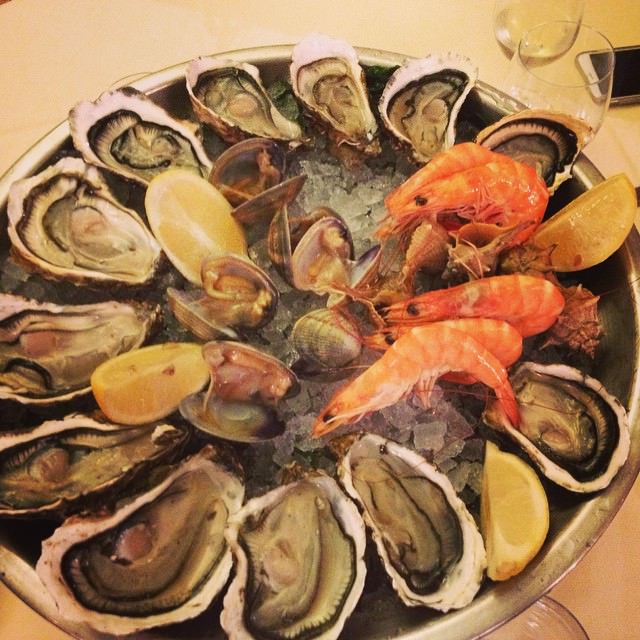 And let's not forget the Saint-Louis Lighthouse! Why? Because I'm from St. Louis and I love lighthouses. 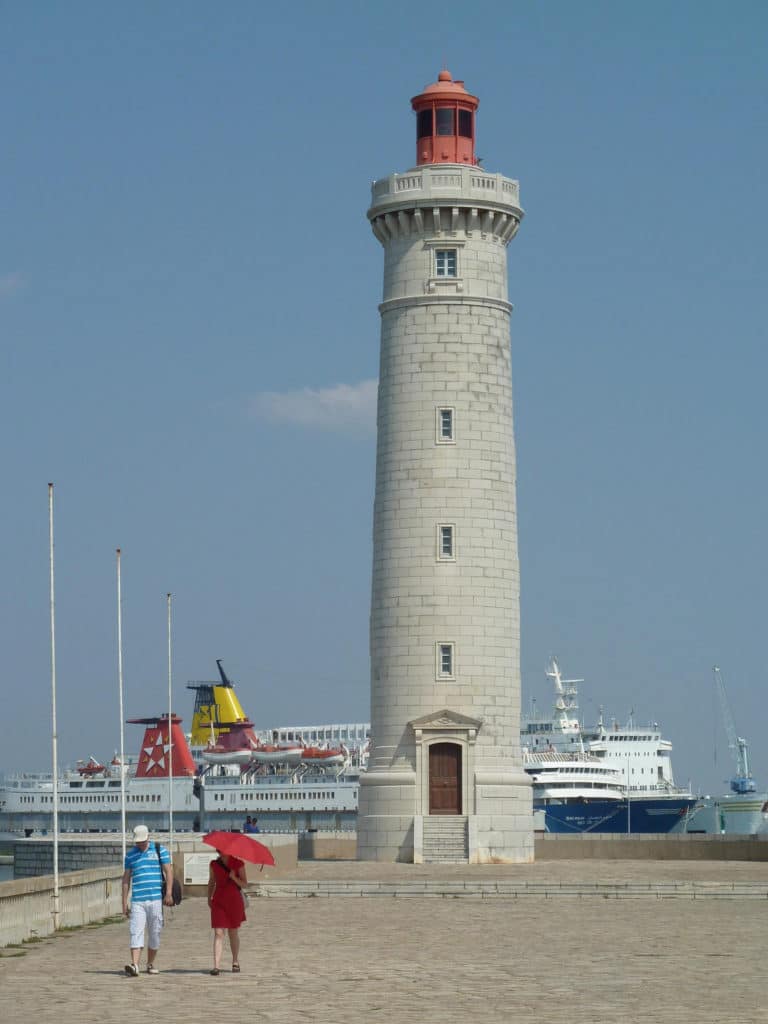 And now it's time to catch the train back to Paris.
While Patti writes in her journal…we'll focus on Simone Weil next.
Stay tuned.
En attendant de nous revoir!


The Crazy Tourist
15 Crazy things to do in Séte

I have to admit that much of the history of the publishing house and the previous tidbit about Café de Flore make my head spin. So many unfamiliar authors or authors whose name I recognize but have never read their work.

But Séte -- what an absolutely charming place! I can certainly understand being attracted to such a place.
Top

nebraska wrote:I have to admit that much of the history of the publishing house and the previous tidbit about Café de Flore make my head spin. So many unfamiliar authors or authors whose name I recognize but have never read their work.

But Séte -- what an absolutely charming place! I can certainly understand being attracted to such a place.

Patti rattles off the names of classic authors the same way I rattle off my grocery list!

I haven't read any of them, either.

I studied American and English literature in school, however, I don't remember seeing French lit offered.

I'm not sure I would have taken the class at that time anyway.

I do know that some of these authors have been mentioned in other book discussions, so we didn't delve too deeply this time. We will be covering Patrick Modiano, Simone Weil, and Albert Camus shortly, as Patti uses them as inspiration for Devotion.

But I thought it was worth noting with whom Patti works. And family in-fighting is always interesting.

And I heartily agree about Séte! Simply gorgeous!