We begin every book discussion with "tidbits." Each tidbit is a little nugget of information about topics, places, themes, etc., that encompasses our featured book.

Let us know what you think of the tidbits presented, any personal experiences that may relate to the topics or any additional information you may know (books, movies, pictures, etc.).

Feel free to join the conversation even if you haven't read the book. But be ye warned, mate, that there be spoilers in these discussions.

Our featured book is Devotion by Patti Smith. Patti and Johnny have been close friends for years and we've featured her books in the past. You can read those discussions in the ONBC archives

to get a better sense of Patti's style. 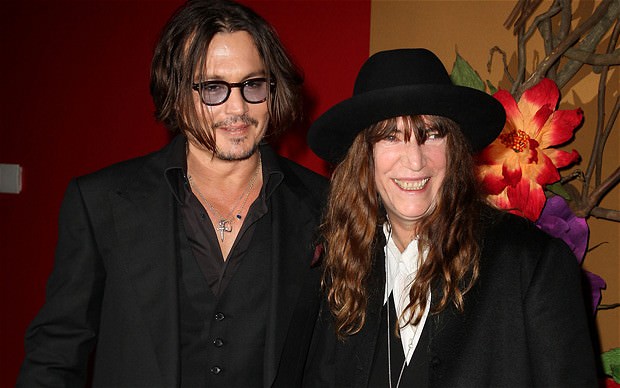 Patti begins her book by discussing the thought process that went into her story Devotion. In her initial research for material, she "stumbled upon a trailer of a film called Ristuules, translated as In the Crosswind. It is Martti Helde's requiem for thousands of Estonians who suffered mass deportation to Siberian collective farms…"

This tidbit will focus on Estonia, the Soviet occupation and deportation depicted in that movie. 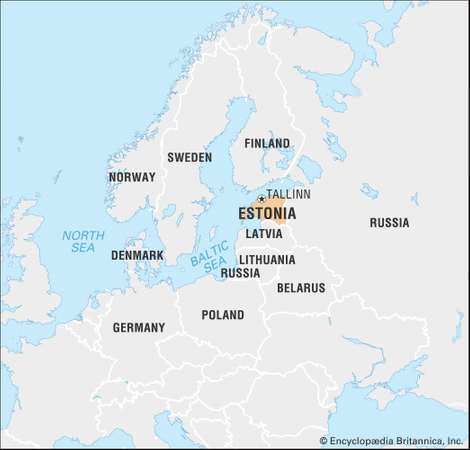 
Estonia is the northernmost of the three Baltic States (Estonia, Latvia, Lithuania). Its area includes the mainland country and nearly 1,500 islands. Estonia has been dominated by foreign powers through much of its history when, in 1940, it was incorporated into the USSR and remained a Soviet republic until 1991.

After declaring independence from the Soviet Union, Estonia formed a parliamentary democracy and moved toward market capitalism. It has since been integrated with greater Europe and joined the United Nations (UN), the North Atlantic Treaty Organization (NATO) and the European Union (EU). 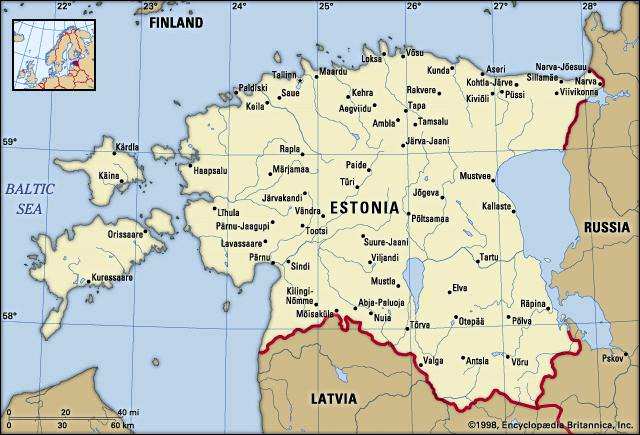 
The country is bordered by the Baltic Sea, Russia, and Latvia. Glacial activity formed the flattop hills, narrow swells, rivers, and lakes. Its temperate and humid climate produces dense forests, meadows, marshes, and swamps with a healthy wildlife population that includes 60 species of mammals, migratory birds, and commercial fish such as cod, herring, salmon, and eel. 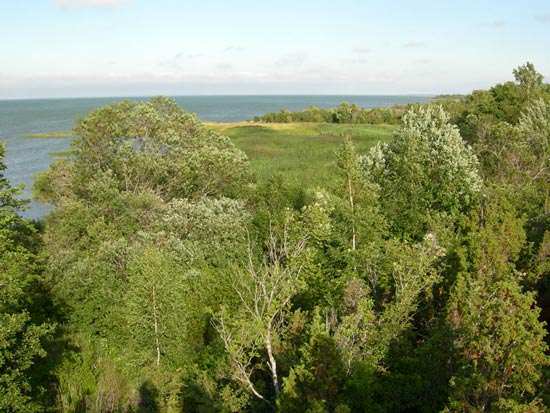 The northern coast of Muhu island, Estonia
Mark A. Wilson (Department of Geology, The College of Wooster)


Today only about two-thirds of the population are native Estonians, with Russians dominating one-fourth of the minority sectors. Estonian is the official language and there is no state religion as many are nonreligious. 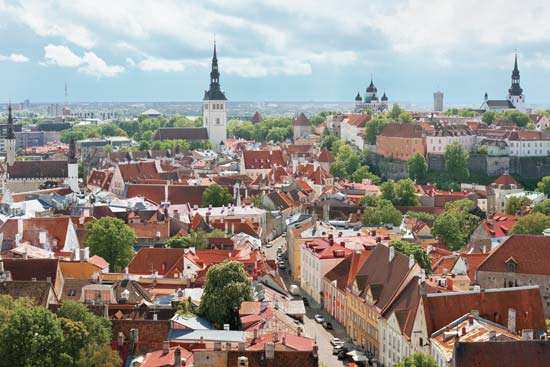 While part of the Soviet Union, its economy was largely industrial and struggled commercially when it gained independence. Considered very strong and stable now, Estonia has a balanced national budget, flat-rate income tax, and few customs tariffs.

An aerial view of Muuga Bay, near Tallinn, Estonia.
Bjoertvedt 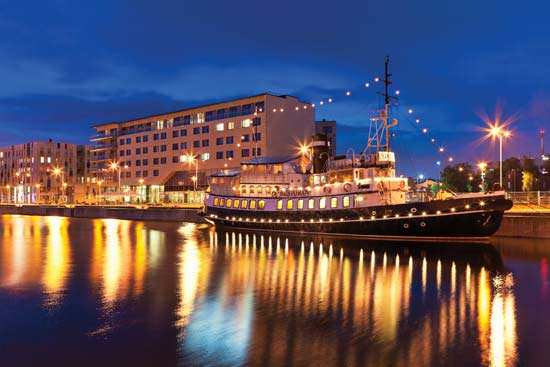 Night view of the port of Tallinn, Estonia
© Scanrail/Fotolia


The Russian Occupation and Deportations

Estonian World reports: "In the summer of 1940, the Soviet Union occupied Estonia, Latvia and Lithuania as a result of the infamous Molotov-Ribbentrop Pact signed between Nazi Germany and the Soviet Union on 23 August 1939. In the aftermath of World War II, Estonia lost approximately 17.5% of its population." 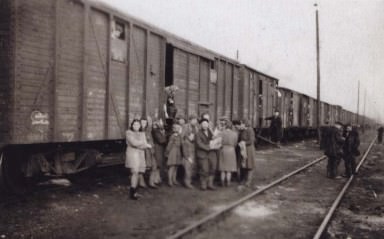 
The Molotov-Ribbentrop Pact (named after foreign ministers Vyacheslav Molotov and Joachim von Ribbentrop) was an agreement between Nazi Germany and the Soviet Union that basically aligned the two powers, agreeing they wouldn't aid an enemy of the other and divided conquered territories in Poland, Lithuania, Latvia, Estonia, Finland, and Romania. It also contained many secret protocols that the Soviets denied existed until 1989. The original agreement lasted for two years until Hitler launched an attack on the agreed-upon Soviet positions in Eastern Poland.

Estonia had declared neutrality at the beginning of WWII, however, the USSR began forcing the Baltic countries into treaties and agreements that greatly diminished their ability to remain independent. Fear and force were used to coerce leaders and citizens into submission. 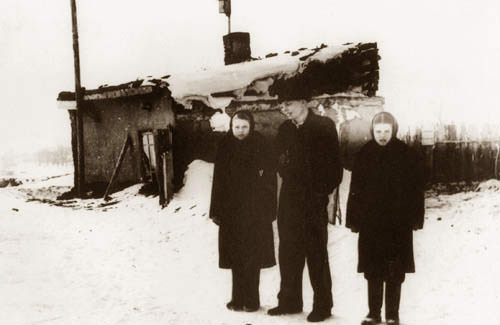 The Soviets had long lists of people deemed to be a threat and had been watching them since the early 30s. When the pact took effect, the roundup was swift. The list included all members of former governments, state officials, judges, military leaders, politicians, voluntary state defense organizations, student organizations, Russian émigrés, security police, representatives of foreign companies, any people having contacts abroad, entrepreneurs, bankers, clergy, and even members of the Red Cross. 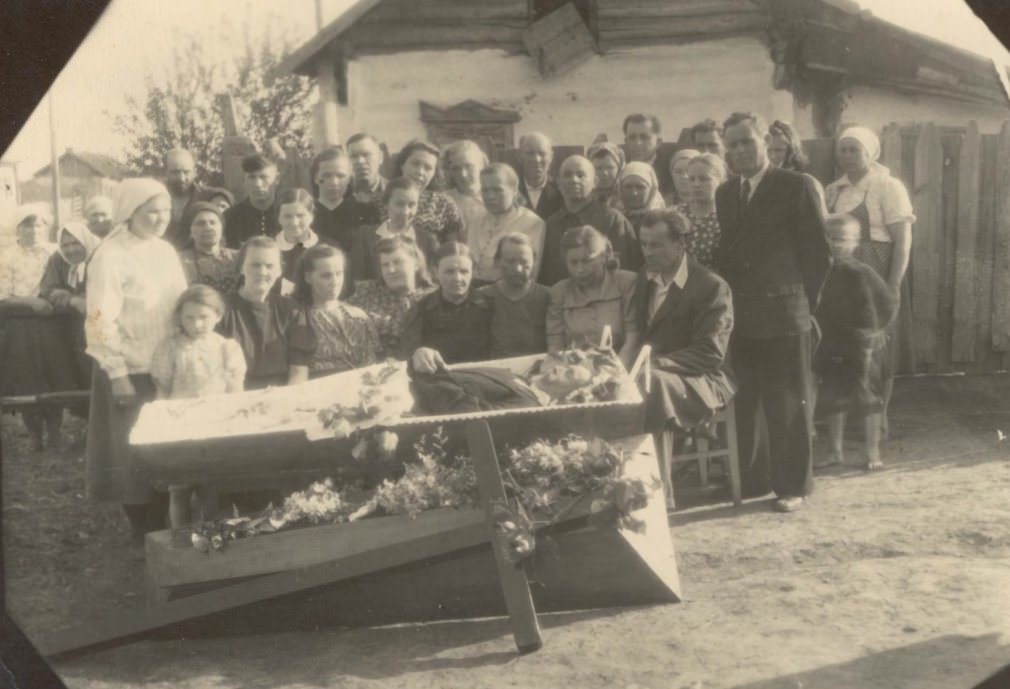 Deportations to Siberia began in Ukrainian and Belarusian territories first, then the Baltic States. Raids took place overnight as people slept in their beds. A decree declaring them to be under arrest or subject to deportation from their homeland without any legal process was read aloud as they were rounded up. Their property was seized, they were given an hour to pack and then were placed on trucks. The trucks took them to 490 waiting cattle cars at the rail stations. When targeted members on the "list" managed to escape capture, innocent citizens were picked up to fill the quotas. More than 10,000 people were deported in the first wave, 7,000 of which were women, children, and the elderly. More than 25% deported were under the age of 16 and about 10% were Estonian Jews. The second wave of deportation was carried out on the island of Saaremaa.

More waves were scheduled, but German and Soviet relations were falling apart with both sides trying to assert their new powers.

As prison camps grew, male detainees were interrogated and killed. By 1942, all but several hundred of the 3,000 detainees in prison camps were dead. Of those sent to Siberia (mostly women and children), little is known. Many died from the cold, starvation, or hard labor. 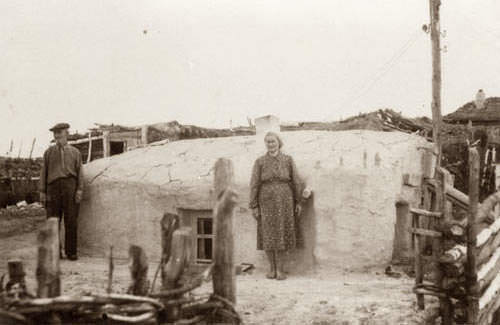 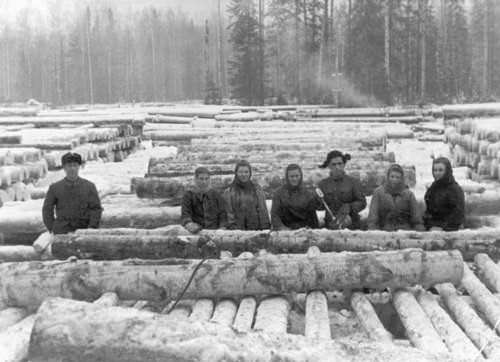 In 1941, 95,000 people from Estonia, Latvia, Lithuania, Poland, and Bessarabia were deported to Russia within a week.

One of the children deported in 1941, Lennart Meri, son of diplomat Georg-Peeter Meri, returned to Estonia. He was a writer and filmmaker who documented the history of the Finno-Ugric peoples and in 1992 became the first democratically elected president of free Estonia. His film Linnutee tuuled received critical acclaim for documenting rural people however it was banned in the Soviet Union. 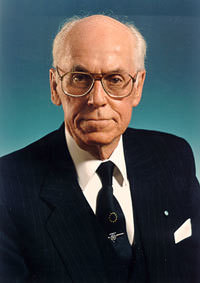 
Another child, 10-year-old Rein Vare, kept a diary (similar in scope to Anne Frank's) that detailed the deplorable conditions of the deportation process, the journey to Siberia, and his family's experiences there from 1941-1944.

"With the gravity of an adult, Rein Vare draws tombstones for
his playmates in his diary. A large part of the diary is dedicated to his beloved
father, Rein Vare, a schoolteacher from Sausti who by that time had already
died of hunger in Isaroskino prison camp."

The Power of Freedom

Rein and his sister were allowed to return to Estonia in 1946, but not their mother. Rein graduated school in Estonia, but was arrested and sent back to Siberia in 1951. By 1958, his family was allowed back to their homeland. However, Rein was never able to overcome the suffering he endured. He died in 1984 after which his diary was discovered. 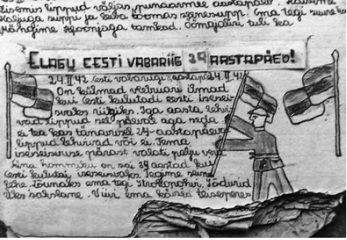 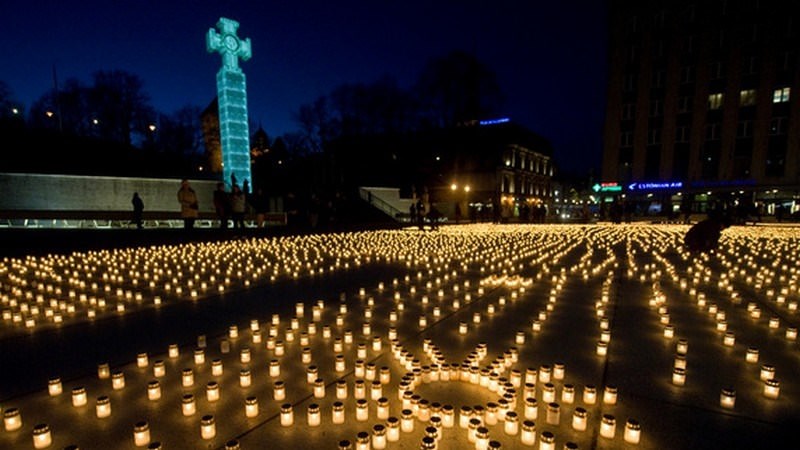 On 25 March, twenty thousand candles, one for each of the men, women and children deported by the Soviets to Siberia in 1949, will be lighted in Tallinn, Tartu and Pärnu.

I found this movie to be both fascinating and gut-wrenching.

"The stop-motion animation BODY MEMORY takes as its central concept the idea that our body remembers, not only individual experiences, but also the sorrow and pain of our predecessors. A powerful visualization of subconscious processes and the hidden horror of deportation. Inspired by historical events: the Soviet deportations from Estonia in the 1940s."
[bbvideo=560,315]https://www.youtube.com/watch?time_cont ... LKPmoMsD9g[/bbvideo]


Estonian World
The victims of Soviet deportations remembered in Estonia


The Power of Freedom by Mart Laar

I wish the full Ristuules movie on You Tube had English subtitles. I may attempt to watch it anyway. The woman's voice and the "still life" images are haunting in the trailer. It is an interesting artistic concept and I would like to see how it is carried out in the film Of course, it was only the trailer and one other clip she found that touched Patti so deeply.

The Body Memory film was amazing.

I watched the entire Ristuules movie. It’s exactly like the trailer all the way through.

I think it works without the subtitles. You can sit back and study each tableaux without trying to read anything.
Top

The Body Memory film is absolutely harrowing. Simple twine shaped into human figures which are then torn apart in a freight car. I found myself almost brought to tears. I also found the accompanying description of the work's central premise -- that our body remembers, not only individual experiences, but also the sorrow and pain of our predecessors-- so deeply illuminating. Leave it to Patti to bring our closer attention to a sixty year old catastrophe. We are all connected, or as Patti puts in on her Instagram site, "we are all alive together "
"Some books are to be tasted, others to be swallowed and some few to be chewed and digested." Sir Francis Bacon, Of Studies
Top

fireflydances wrote:The Body Memory film is absolutely harrowing. Simple twine shaped into human figures which are then torn apart in a freight car. I found myself almost brought to tears. I also found the accompanying description of the work's central premise -- that our body remembers, not only individual experiences, but also the sorrow and pain of our predecessors-- so deeply illuminating. Leave it to Patti to bring our closer attention to a sixty year old catastrophe. We are all connected, or as Patti puts in on her Instagram site, "we are all alive together "

I refrained from commenting too much on the videos as I wanted everyone to experience each in their own way.
The juxtaposition between Ristuules and Linnutee tuuled is so stark. And I just can't put my feelings for Body Memory into words at all.

These show more about the events Patti uses in her book than I could describe with a million words.
Top
5 posts • Page 1 of 1