Discuss the latest Johnny Depp news, his career, past and future projects, and other related issues.
311 posts

Justintime I would never have put it on here if I'd thought it was going to upset you - I am so sorry!

Ok so here's my response - I just got really excited at the thought of sitting in a cinema with the opening scene being Grindelwald's escape. And that was all I needed. There are eight comments. Ignore the idiots. Think about the reception and reaction to him at Comicon and how good he should be in this part.
Top

Yes Ade, I ignore the negativity toward Johnny. Also, it's been my observation that for every negative comment, there are triple more positive comments, overall. I'm certain that Grindelwald will surprise and astound. This is a fresh and exciting new character for Johnny and he will give it 100+%.
I think there is a lot of secrecy behind Grindelwald, hence no elaboration, period.
His surprise speech at ComicCon was the tease and I, for one, stirred, like I stirred at the first sight of Captain Jack
in POTCCBP.
~ MAGICK HAPPENS ~
Through the years, for the many xoxo's, giggles & kindness...
thank you & love you Johnny.
Top

I apologize, Ade, for going off the rails about the Buzzfeed piece. I didn’t mean to come off so whiny and mean-spirited, especially to someone whose posts I’ve come to genuinely respect. Perhaps I should have “pm’d” this, but I felt you deserved a bit more.

Maybe the article purposely didn't mention Johnny to avoid the problem: do we criticise him or praise him. Just a theory

Justintime - no apology needed honestly - and thank you that is so nice! I massively respect and rely on the views of people on here - this and IFOD are my 'go-to' places.

Chocolat - I definitely agree, I don't think they want to over-reveal Grindelwald, and whilst I am so happy that he was in the last trailer a lot, I don't want to see too much more before November 16th. You are also so right about the comments - I avidly read through comments and I noticed they died down a lot interestingly enough after the first trailer and his look in the back of the carriage. If you also watch reaction videos on YouTube - that moment got a lot of 'whoas' - almost like for people doing the reaction it was a click-click moment - 'oh yeah, I remember Johnny Depp is actually a really innovative actor'.

Meeps - interesting theory - I also think that the person who wrote it had gone on set or subsequently interviewed some of the actors but not Johnny, so wasn't going to be able to quote him. My impression is that they didn't subject Johnny to this stuff (journalists) probably to take a bit of care of him not add extra stress - aside from what he's gone through personally, everything we've seen so far indicates that Johnny had the most to do in terms of physically transforming himself into character.

In that vein I think Warner Bros dealt with him really well at ComicCon - he's always said he's much more comfortable in character where he can do anything, than having to speak as himself.

Bless - he is so precious!!
Top

There is a Variety Poll - you can vote for Fantastic Beasts as most anticipated film of the autumn. Star Is Born is currently winning.

Exclusive: Meet a new ‘Fantastic Beast’ with a funny tie to Johnny Depp

Anyone hoping that the next Fantastic Beasts film will shy away from beasts need not worry.

Despite the ever-expanding plot concerning wizards, we recently learned of a few beasts that are making their debut in the film. But they aren’t the only ones!

Hypable is pleased to exclusively unveil the Chupacabra, a blood-sucking Fantastic Beast that is expected to make its debut in this November’s The Crimes of Grindelwald. The Wizarding World’s Chupacabra has six legs, spines (plural!), and a “vicious-looking set of teeth.”

The beast is part of a new wave of Crimes of Grindelwald Funko Pop! Vinyls that’ll be released September 16th. Take a look at the lil guy below: 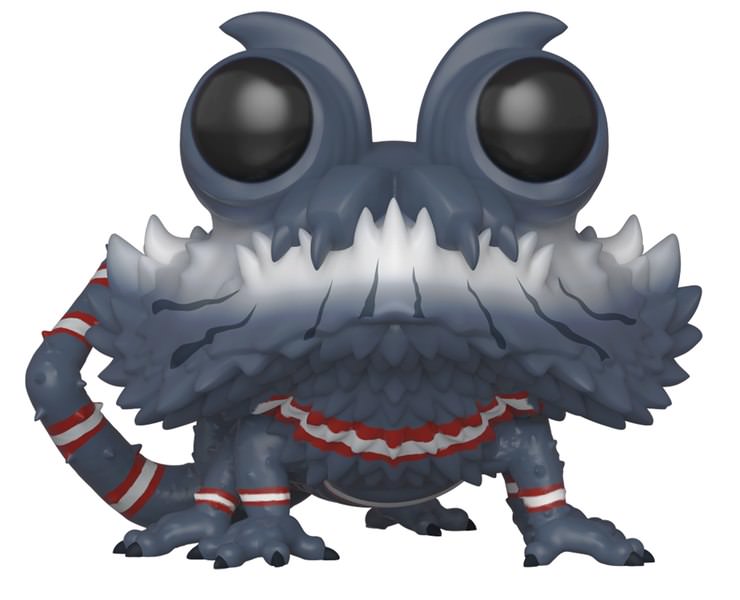 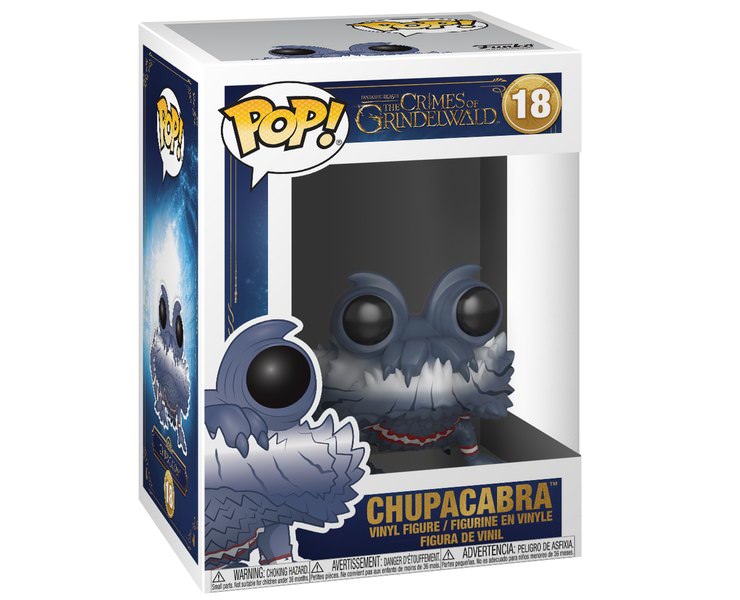 Funnily enough, Fantastic Beasts co-star Johnny Depp, who plays Grindelwald, is no stranger to the chupacabra. This creature actually exists within mythical lore beyond the Wizarding World, and in 2015, Depp told media that he was unable to attend a media event the previous day because he was attacked by a “very rarely seen” animal called the chupacabra.

“I fought with it for hours,” he told Japanese media in January of that year. “They’re very persistent, very mean. And I’m pretty sure it came into my suitcase. I threw him off the 23rd floor. So we’ll never see him again. Thank you for understanding.”

Whether or not Rowling added the chupacabra to the movie as a reference to Depp’s past relationship with it is, at this point, anyone’s guess.

The forthcoming Crimes of Grindelwald Funko Pop! Vinyls are part of the ever expanding line up of Wizarding World merchandise. In recent years, Warner Brothers Consumer Products has teamed up with new and old partners to appeal to fans of all ages. I’ve personally been loving the collections of new Potter merchandise at places like Target (Does your store have that new Trending area too?) and Box Lunch.

I think we are all somewhat screwy, every single one of us.

Nice.
"There is certainly a part of me that tends to be that loner. You never find me in the center of the crowd. I just like to stay back a little and hang in the shadows."
Top

But also new pics. And even one of our magical man

Good interview (go down the page a bit) with David Heyman, producer of Fantastic Beasts: Crimes of Grindelwald. I saw this first on Tumblr site: dumbledore-and-grindelwald

Interesting thinking about Grindewald's Comicon speech in light of the way Heyman describes the character as an "absolutist", believing firmly in the superiority of the "wizarding world" over the "muggles". Maybe that's part of Grindewald's seductiveness, in saying that he does not hate muggles, that they serve other purposes. I certainly found bits like "Magick blooms... only in rare souls" and "what a world we would make" far more seductive than the real life equivalents Rowling and Co. may have been hinting at with the character...
"There is certainly a part of me that tends to be that loner. You never find me in the center of the crowd. I just like to stay back a little and hang in the shadows."
Top

Need a calendar, or two? Then how about these

I saw this a couple of days ago on IFO - to cheer your Tuesday morning. See the nice comments too. Of COURSE he's the most visited!

Where are those fervent fans, the tabloids claim, are in an uproar over Johnny playing Grindelwald ?????
I love those comments, so thanks a billion for showing them to us, Ade