We move now to the short story Devotion and its main characters Eugenia and Alexander. They both share unhappy backgrounds and are drawn toward each other but for different reasons. With their future uncertain, Alexander leads Eugenia on a long journey, traveling through Europe and Africa. For this tidbit, we'll focus on Switzerland, France, and Ethiopia.

Switzerland
Eugenia was born in Estonia but escaped with her aunt before the Russian siege in 1940. We later learn that she is living in Switzerland circa the mid-1950s, though it's not clear exactly where. That's a long way from Estonia, roughly 1,500 miles or 2,414 kilometers. Of course, during World War II, Switzerland was the safest place to be for those fleeing German and Russian occupations.

Since we aren't sure of the location of Eugenia's home, we'll take a brief overview of Switzerland the country, while focusing on where the two lovers traveled.

In ancient times, Switzerland was called Helvetia and you'll still find references to that today. Largely mountainous with deep lakes, villages, farms, and fields, Switzerland is bordered by Austria, France, Germany, Italy, and Liechtenstein. There are two capitals, Bern for administration and Lausanne for judicial. 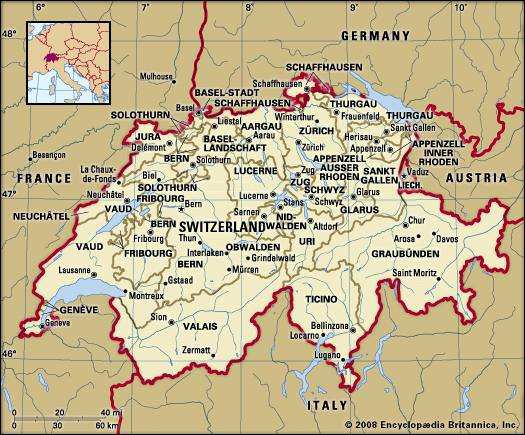 Its government, the Confoederatio Helvetica or Swiss Confederation (Federal Republic), was formed in 1848, and now consists of 3,000 communes (municipalities), 26 cantons (states), and the Confederation.

Today, we associate this wonderful country with skiing, hiking, cheese, chocolate, banks, watches, and army knives. But there is so much more to this beautiful region. Swiss cities are international centers of industry and commerce, of governmental and non-governmental organizations, and its citizens speak a variety of languages while sharing diverse cultures.

Alexander takes Eugenia to Geneva to update her passport and other travel papers. From there, they embark on their fateful journey. 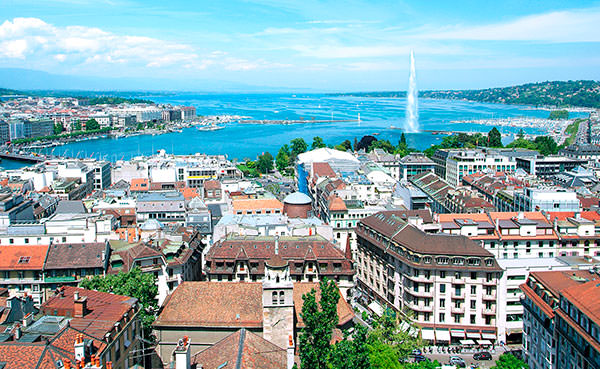 Geneva, situated on the border of France and Lake Geneva, is a very cosmopolitan city today. It is a center of commerce, housing the headquarters of many public and private international organizations including the International Red Cross, the World Health Organization, and the United Nations. 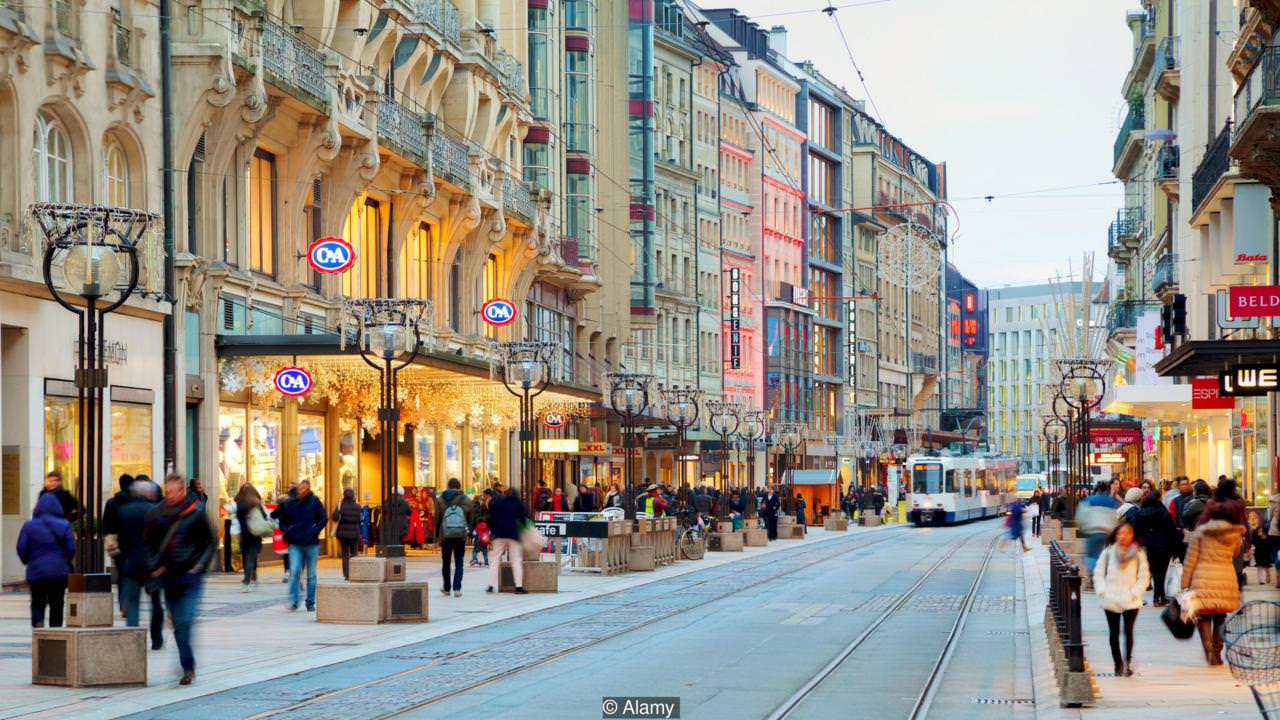 Travelers often use Geneva to traverse the Alps and Jura Mountains, leading to Italy and places beyond. The lake region is popular for swimming, sailing, and fishing, with skiing, skating, and rock climbing in the mountains. 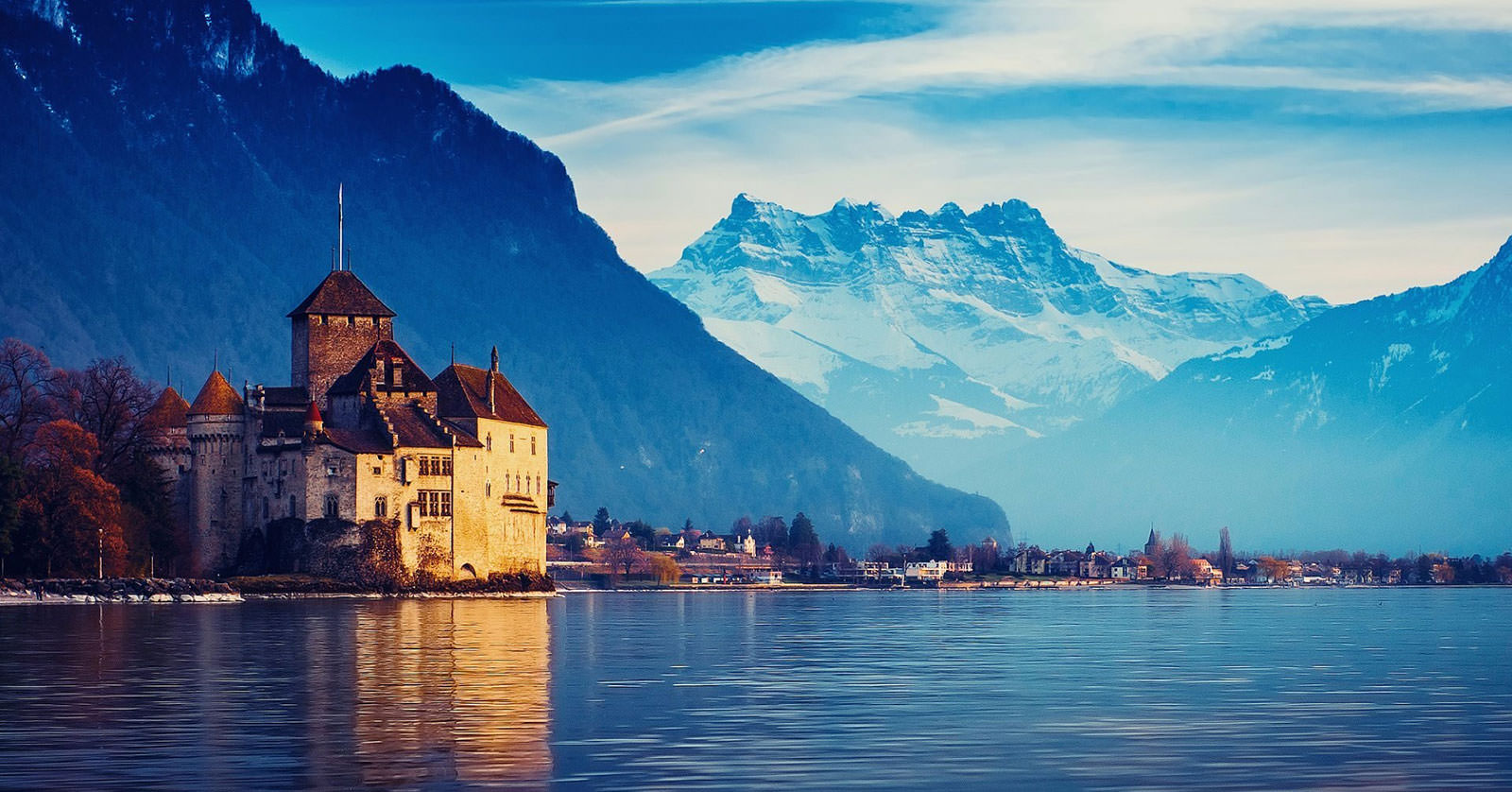 After 1945, the population grew as people from around the world gravitated here. By the 1980s, only one-third of the residents were Genovese, with one-third non-Swiss and one-third Swiss from other cantons. 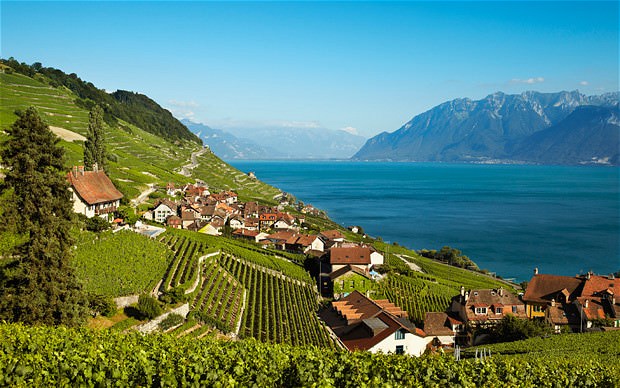 Geneva has ancient roots dating to the Paleolithic and Neolithic periods. It has belonged to the Roman Empire, France, and Switzerland.

John Calvin is credited with unifying Geneva and creating a modern city-state, adopting Protestantism, and repurposing traditional institutions. It continued to play major roles throughout the 19th and 20th centuries, founding the Red Cross in 1864, the Geneva conventions for the protection of prisoners of war, and the League of Nations was established in 1919. President Ronald Reagan and Soviet leader Mikhail Gorbachev held their famous summit here in 1985 and in 2013, it was the site of the interim agreement between Iran and the US, China, Russia, France, Germany, and the UK. Geneva continues to be an instrumental force in neutral foreign policy today.

Eugenia's and Alexander's whirlwind tour continues in France where they visit the Vieux-Marché in Rouen where Jeanne d'Arc was burned in 1431. 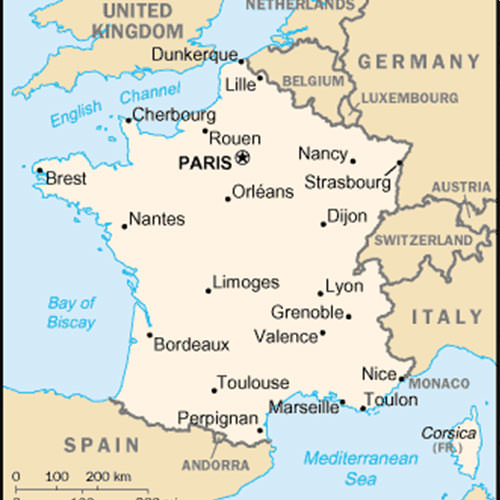 The new Église Jeanne d'Arc (dedicated May 27, 1979) stands in the center of the Old Market Place, next to the spot where Joan died. It was listed as an historic monument in 2002 even though the church is quite modern looking in a land of gothic cathedrals. 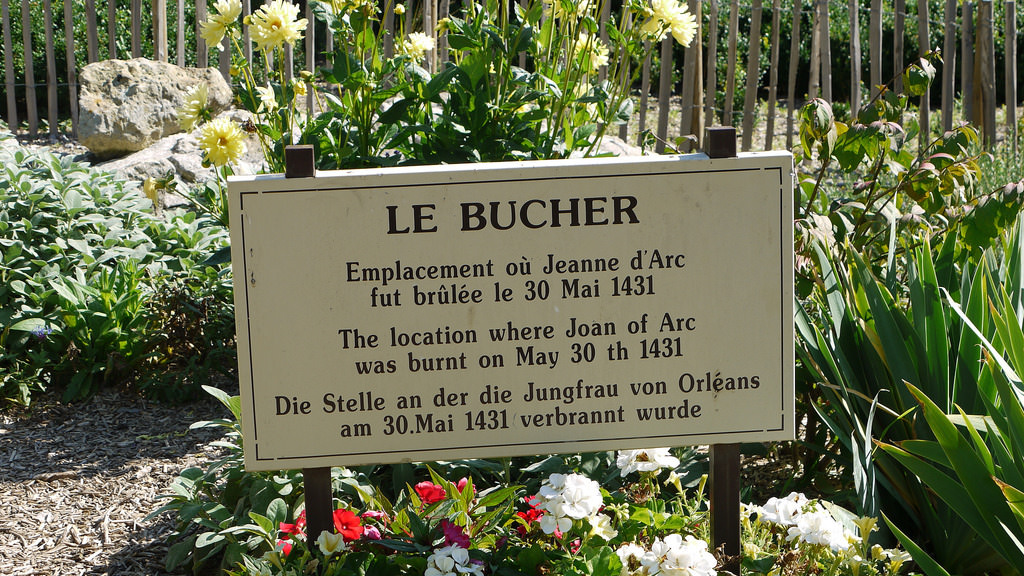 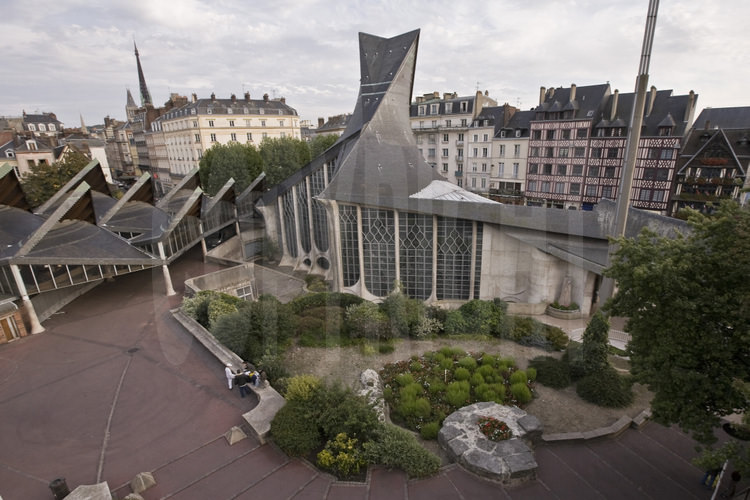 The outside of the church is an odd shape which some believe to represent the pyre on which Joan was burned. The inside features 13 stained-glass windows that were preserved from a church destroyed in WWII. The panels illustrate Christ's childhood, Passion, Crucifixion, and Resurrection as well as the life events of St. Peter, St. Anne, and St. Anthony of Padua.

From there, Eugenia and Alexander travel south to the Citadel Les Baux.
Set in the mountains, the Castle of Les Baux reigns over the ruins of the medieval village of Les Baux de Provence. The views from this site are phenomenal, but the walking looks treacherous. 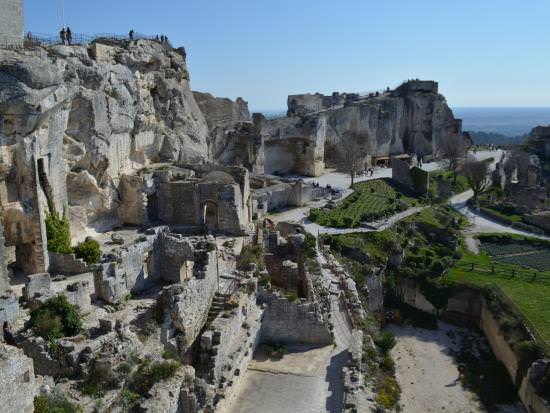 The fortress was built in the 11th century and is now the second largest tourist attraction in the region. Among the ruins are the Saracen and Paravelle towers, the Castrale and Sainte-Blaise chapels, the Quiqueran Hospital, and other buildings that remain from the village. Today, there are full-size replicas of various weapons from the times such as a catapult and battering ram.

Then the pair head toward the coast at Marseilles.

Marseilles is one of the major ports of the Mediterranean Sea, just west of the French Riviera. It was founded more than 2,500 years ago and maintained its free city status throughout its history, even under the rule of Julius Caesar, in the Middle Ages when Provence became part of the Kingdom of France. During the German occupation, it was a leader in the Resistance. For punishment, the Germans destroyed much of the Old Port and the Panier district. After the war, Marseille rebuilt what was destroyed, redistributing the population. 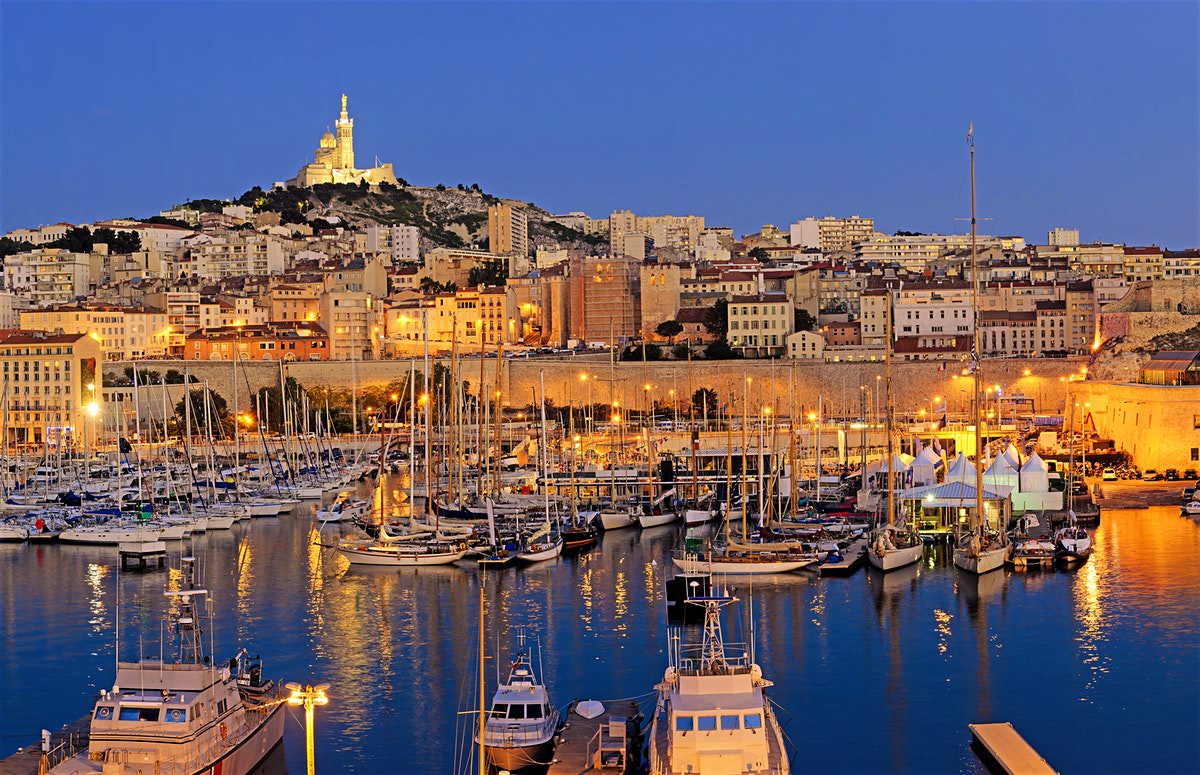 Under its Socialist mayor, Gaston Defferre, (administration from 1953-1986), Marseilles transformed and grew into one of the largest urban areas and second largest seaport in France. Situated between limestone hills and the Gulf of Lion, and near the Rhône River, the city is diverse and constantly changing. There are Greek and Roman influences as well as mosques, synagogues, and Christian churches.

Just outside the port is the Château d’If, the inspiration for Alexandre Dumas's Count of Monte Cristo and the home of real political prisoners. 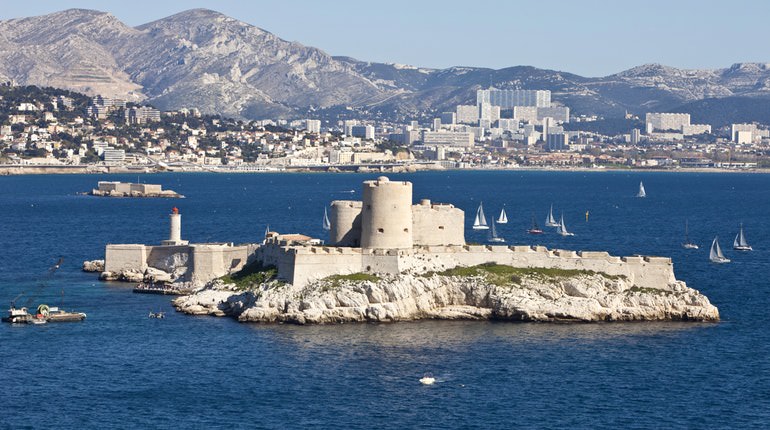 Marseilles boasts many grand and historic sites, including several hospitals. However, I couldn't locate the hospital that Patti mentions in the book.

From Marseilles, they travel across the sea to an unidentified location. Patti mentions the Amharic language, which is one of the national languages of Ethiopia, spoken mostly in the central highlands and is related to the liturgical language of the Ethiopian Orthodox church. The language can be traced to songs and poetry from the 14th century and in literature from the 19th century. There are 33 basic characters, each of which has seven forms depending on which vowel is to be pronounced in the syllable.

Since a specific location isn't revealed, I'll give a brief overview of the country.

Located in Eastern Africa, it is bordered by Eritrea, Sudan, South Sudan, Kenya, Somalia, and Djibouti, near the Red Sea and the Gulf of Aden. Ethiopia is known for its mountainous terrain, the Great Rift Valley, and tropical monsoons. 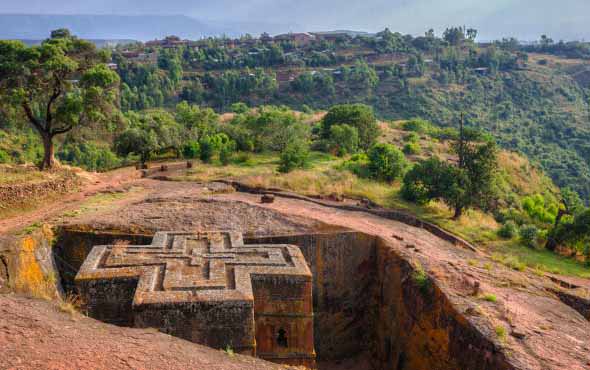 Ethiopia is the only African country that has never been colonized, with the exception of Mussolini's occupation from 1936-1941. In 1974, a military junta deposed Emperor Haile Selassie and established a socialist state. Since then, there have been coups, uprisings, and refugees and the regime was by rebel forces in 1991. A new constitution was adopted in 1994 and multiparty elections were held in 1995. 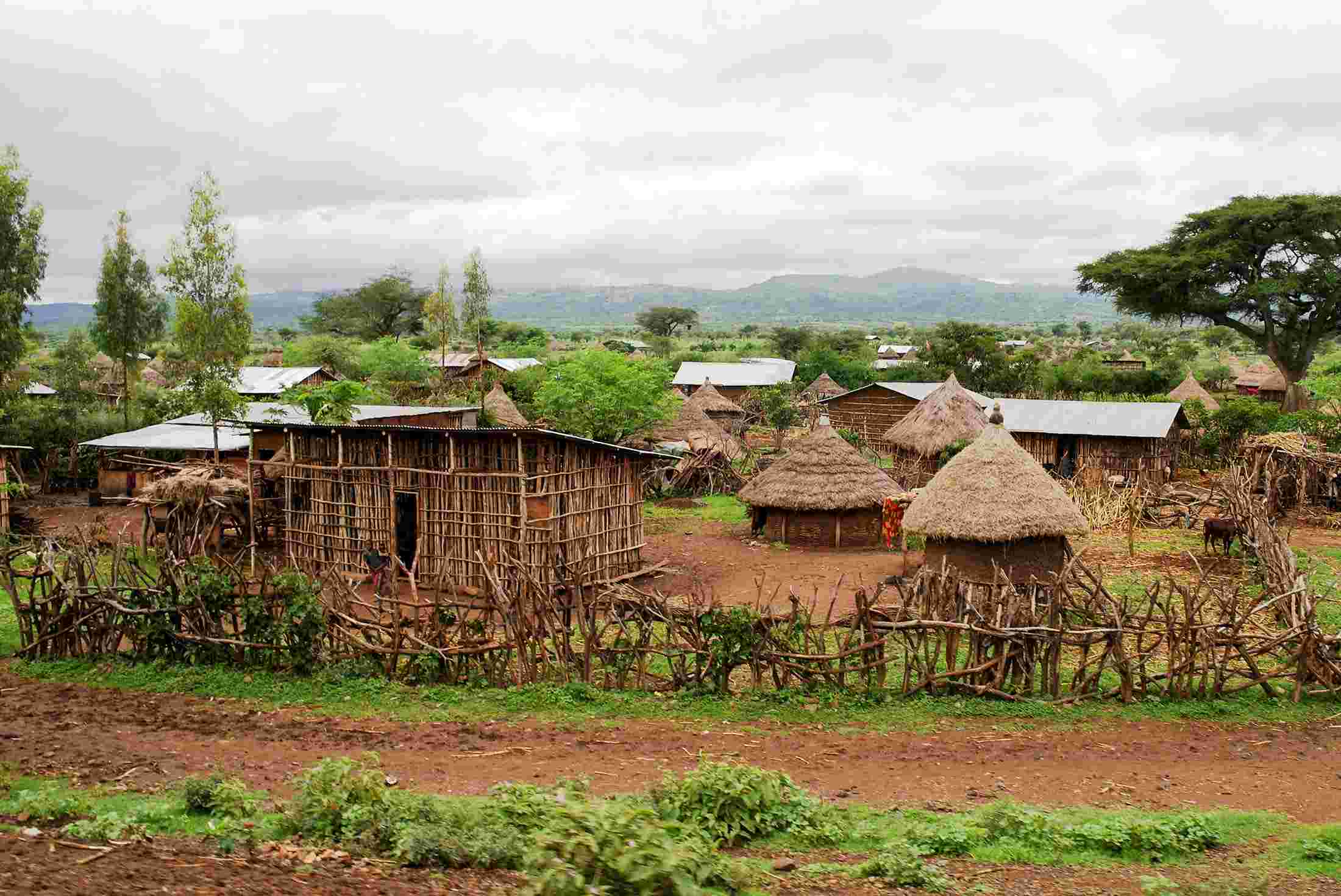 On the way back home, Eugenia stops in Zürich to visit the grave of Martin Burkhart.

I love that Patti adds her own habits to her characters; in each city, they either visited gravesites or burial grounds, left gifts or trinkets behind, and then resumed their journey. In Zürich, she laid flowers on Martin's grave.

This brings us to our last destination on this long and winding road trip: Zürich, the largest Swiss city, located near the German border, the Alps, and Lake Zürich. It is a financial, cultural, and industrial center and perhaps the most cosmopolitan Swiss city. 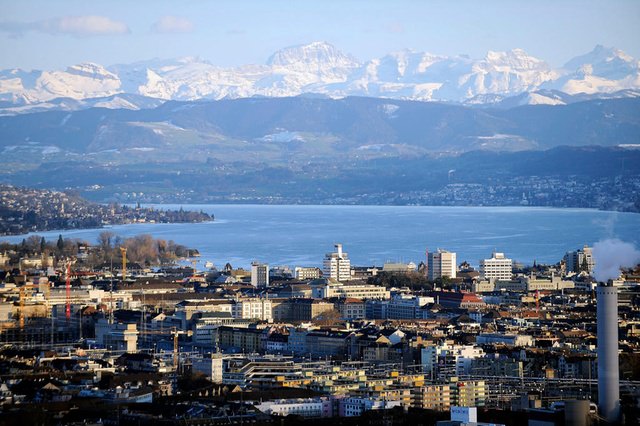 More than one-third of its population is made up of immigrants, primarily from Italy, the Balkans, Portugal, and Germany. Long a Protestant region, Catholicism is now the largest religion, with a small but growing Muslim population. 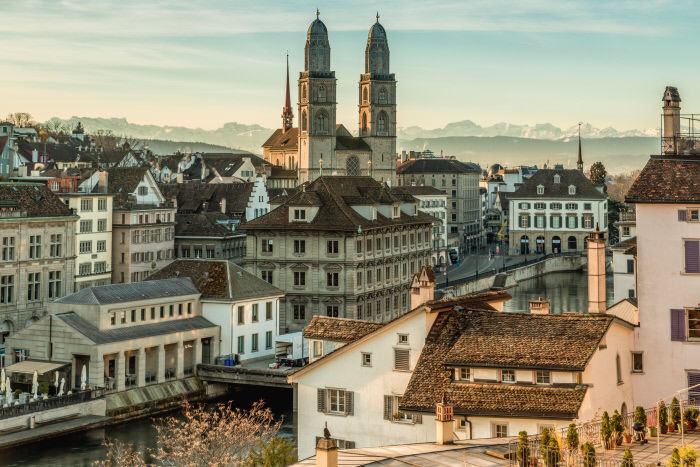 Architectural gems such as the Grossmunster date back to Charlemagne. St. Peter's Church is from the 13th century and the Fraumunster was designed by Marc Chagall. 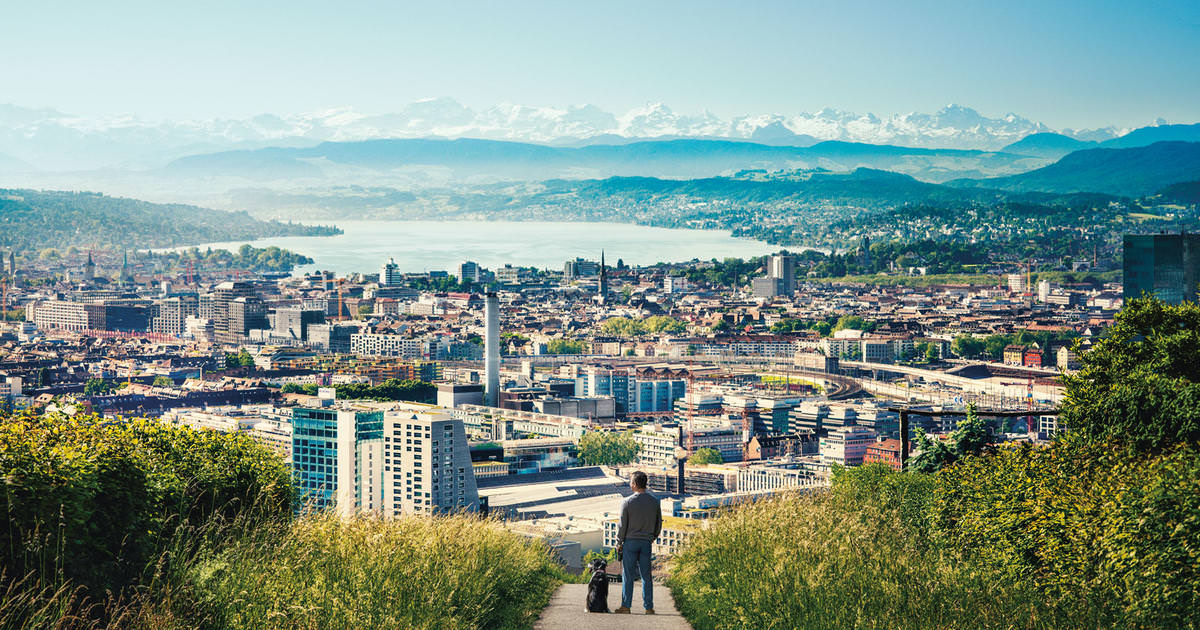 This concludes Eugenia's Road Trip. I thought it interesting to see which areas/cities/countries her young heroine would visit and what, perhaps, did she learn from each place. And why did Patti chose these particular locations?

Wow! Talk about a whirlwind tour! I will be savoring travel videos for day as I work my way through their itinerary.

nebraska wrote:Wow! Talk about a whirlwind tour! I will be savoring travel videos for day as I work my way through their itinerary.

I hope you enjoyed the videos.

It can be difficult to find an informative and professional video of top tourist spots now that everyone has a camera. Some I watched made my head hurt!

from the constant motion of the camera.
Top

nebraska wrote:Wow! Talk about a whirlwind tour! I will be savoring travel videos for day as I work my way through their itinerary.

I hope you enjoyed the videos.

It can be difficult to find an informative and professional video of top tourist spots now that everyone has a camera. Some I watched made my head hurt!

from the constant motion of the camera.

I am enjoying the videos very much. I have watched as far as the rural Swiss Alps, with all the cowbells and goat bells -- it reminded me very much of "Heidi"! And I am amazed by all the military preparedness in the mountains and the houses. The travel videos you shared are really good!

It just takes me a while to watch them all. And I see no reason to rush through them, I am savoring.
Top
4 posts • Page 1 of 1