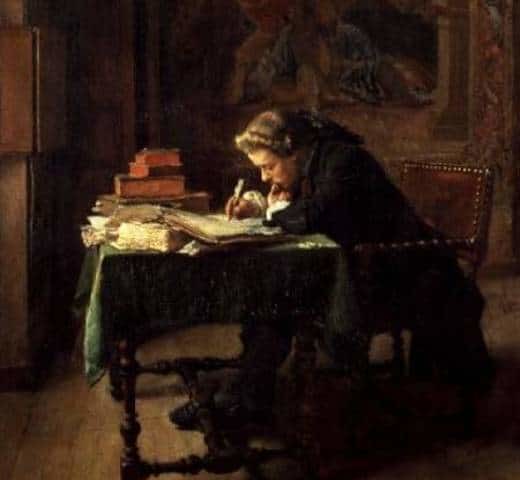 About a third of Devotion is a short story penned by Ms. Smith. We will be talking about her story during our discussion. This tidbit should be viewed as a tool, offering a quick review of the form known as the short story, its current status in the wider field of 21st century fiction, some notes on the organization of the short story, including its newer forms, and the art of reading the short story.

To begin with, basic definitions. The Oxford Dictionary defines the short story as “a story with a fully developed theme but significantly shorter and less elaborate than a novel.” Scholars refine this further. It is a story that can be completely read in one sitting, roughly requiring an hour or so. It is short in length, usually under 10,000 words, although a rare short story may run 35,000 words. It is less complex than a novel, with a limited number of settings and characters. Brevity requires its author to concentrate efforts, constructing either a detailed account of one event, or part of what is considered the action of a novel. So a beginning or a middle or an end. Also limited, the writer’s voice. Whereas the novelist has the luxury of expressing a range of attitudes in the course of telling a story, the short story writer must narrow down, pick one attitude which then fills the story, lights it if you will. And while a novel can be assigned multiple meanings, the short story’s meaning is easier to discern, less parts.

A unity of purpose is an essential element of any short story. It must be complete in itself, and in that way it is like a poem or a painting. It stands and tells a tale that will be remembered. Something writ small but encompassing the eternal. The Scottish writer William Boyd has written that “[short stories] seem to answer something very deep in our nature as if, for the duration of its telling, something special has been created, some essence of our experience extrapolated, some temporary sense has been made of our common, turbulent journey towards the grave and oblivion.”

We have always told ourselves stories. Think of a campfire or even the mouth of a cave, and a storyteller whose gathers a crowd, each one leaning in, waiting to hear the next detail. Human beings have been telling each other short stories for hundreds of thousands of years. Stories that explained who we were and where we were going. 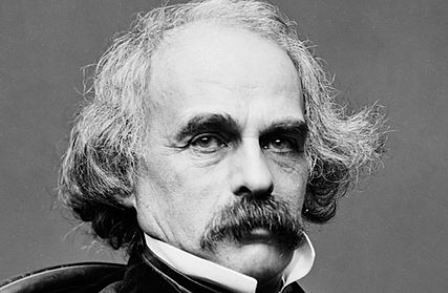 
So when did the short story become a recognizable form of literature? Roughly mid-nineteenth century. Although there were early attempts at the form in England, the true beginning of the short story starts in America launched by Hawthorne’s Twice Told Tales. Two volumes of stories, 1837 and 1841, followed by a review done by Edgar Allan Poe who manages to capture the unique nature of this new type of literature that satisfying in part because it can be read and digested in one sitting. That sense of wholeness again. The form took off because of two additional and dynamic factors - mass literacy and the emergence of a magazine and periodical marketplace designed to serve the reading public. Short fiction quickly became a new form writers needed to master. Hawthorne is followed by Poe, Melville, Turgenev and then Chekhov.

William Boyd’s description of the transformative impact of the latter Russian writer is perfection. “Chekhov saw and understood that life is godless, random and absurd, that all of history is the history of unintended consequences. He knew, for instance that being good will not spare you from awful suffering and injustice, that the slothful can flourish effortlessly and that mediocrity is the one great daemonic force. By abandoning the manipulated beginning-middle-and-end plot, by refusing to judge his characters, by not striving for a climax or seeking neat narrative resolution, Chekhov made his stories appear agonizingly, almost unbearably lifelike. “


Today’s practitioners of the short story number in the thousands. While we’ve seen a decline in mainstream magazines that were instrumental in the growth of 20th century short fiction, stories today are published by scores of small print and online magazines. And while the late 19th and the 20th century -- writers such as Mark Twain, Franz Kafka, Flannery O’Connor, Jorge Luis Borges, and Shirley Jackson -- will always be read, there is also a deep and wide world of fascinating contemporary stories available.

One of the easiest ways to find new writers that will rapidly become new favorites are the annual collections in print and online. 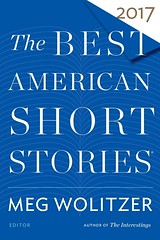 The Best American Short Stories -- published annually by Houghton Mifflin Harcourt, these collections offer readers the best of the prior year’s published writers. Every year there is a new editor who brings a fresh perspective to the task drawing from publications across the US and Canada. Former editors include: Anne Patchett, Stephen King, Geraldine Brooks, Alice Sebold and Jennifer Egan. Each edition includes approximately 20 writers, a diverse mix.

I have the 2017 edition which includes stories from The New Yorker, Granta, Chicago Quarterly, the Atlantic, Yale Review and Zoetrope, and writers such as Jai Chakrabarti, Maria Reva, Lauren Groff, Noy Holland, and T.C. Boyle. Cost: $6.00 - $11.00 new.

The Best American Short Stories of the Century (1999) edited by John Updike and Katrina Kenison, also published by Houghton Mifflin Harcourt. Starts in 1915, and offers the best of the century. Cost: $4.50 used to $19.50 new paperback. 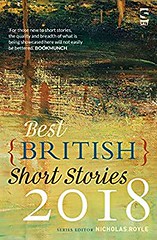 Best British Short Stories -- also an annual, begun in the 1920s and resumed in 2011. The editor is Nicholas Royle, published by Salt, a leading independent publisher. Cost: $13.00 paperback 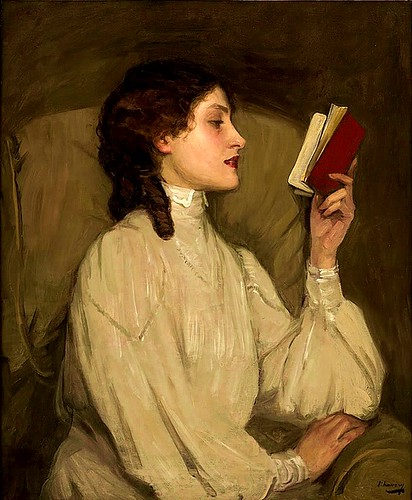 Longreads.com: A fascinating site full of both fiction and nonfiction writing, basically the best stuff they can find. Each year there is a special section of outstanding short stories which can be read for free. What have I read here? Alice Munro, Anthony Doerr, Haruki Murakami, Jhumpa Lahiri, Chimamanda Ngozi Adichie etc. If you start in 2018, you can read backwards following the links provided.

NOTHINGINTHERULEBOOK
“Nothing in the rulebook is a creative collective and a community of echidnas, giant salamanders, giraffes and even people who all swear there’s nothing in the rulebook that says a giraffe can’t play football…… We find new ways of looking at the world through stories, seeking out the strange and impossible, the sad, the joyous, the funny, the ludicrous. Stories can take you to the edge of the world, to the edge of reality and break down walls. You just have to find these stories. We’re simply trying to illuminate the path ahead.”

What I found here was three stories by the writer J.M. Coetzee, of Waiting for Barbarians fame. These stories made me an immediate Coetzee fanatic, and I haven’t even read a novel by him. Here is the link: 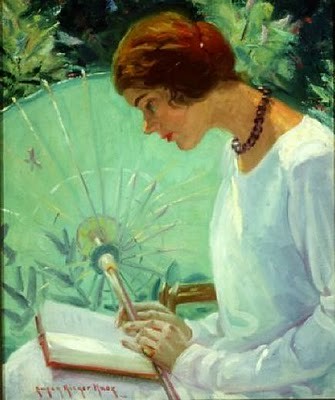 In Hungary, about 15 miles outside of Budapest, is a formidable school called Pázmány Péter Catholic University . The school has a Faculty of Humanities and Social Sciences, which, in turn, has a lovely online course -- An Introduction to Literature in English. I stumbled over the chapter on Short Stories and found one of the most concise descriptions of the form condensed into two outlined pages. Here is the link:

I love the course’s very short guide to analyzing short stories. I have copied it here:

A short story still must be a complete whole, fused according to some principles. As a reader you must see what the nature is of the whole work and how each element contributes to the final achievement.

To discover whether the work is unified, and if so, how — or, if not, why not — what the nature of the unity is, and how it is achieved, there are three questions:

o What is the effect of the story upon you, the reader? This is Poe's question. What is memorable about the story? What did it give you: an idea, an attitude, an insight into life or character, an emotion, what? Then consider how, exactly, that particular effect was produced by that specific story and the manner of its telling.

o What is the apparent intention of the author, and how does that intention influence her handling of details and elements? Intentions might include stories of action, of character, of setting, of idea, of emotional effect.

o What is the unique content of the story itself, and how does its form contribute to the presentation of this unique content? What happens? To whom? Where? Why? How?

For these questions, note how the handling of the details helps provide the answers: character, happenings, settings, language, tone, symbols of meaning.

Thus we study the unity of the story and how it is achieved. That is, we attempt to discover what is emphasized and what is subordinated. Emphasis may be achieved by repetition, length of treatment, memorable language, powerful setting; subordination receives less length, less memorable language, less powerful settings. Things are de-emphasized. In fact, one student of the short story made the important point that it is not what is left out of the short story, but what is included.


In closing, a wonderful little cartoon of writing advice from the writer Elmore Leonard. 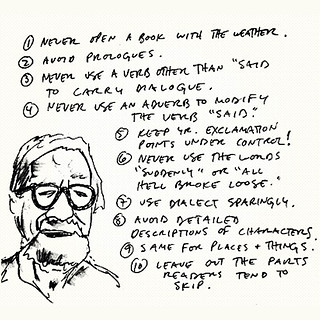 In addition to the links I have already given you, I used the following sources.

I will have to read the stories by Coetzee. I enjoyed Waiting for the Barbarians and will need to read it at least once more before a film is released.

I didn't realize there were so many short stories available on line.
Top

Me either! I took two creative writing classes in the past year and both of the instructors used online resources in addition to books. I really liked the opportunity to read more recent stories, and get a sense how the genre is changing.
"Some books are to be tasted, others to be swallowed and some few to be chewed and digested." Sir Francis Bacon, Of Studies
Top

I used to love short stories because I didn't have the patience to read anything longer. Now that I'm older (a LOT older), I can read novels much more better. Perhaps I should give the newer short stories a try, too.
Top

I was very much like you Snoopy. I came back to short stories through creative writing. The short form is a good way to polish writing, but I found I needed to explore the current landscape, not that the old stuff isn't good, but because there are so many incredible writers active in the field. I really did start online, and I still read online, like the short stories by Coetzee I discovered this summer. I don't think there is actually a Coetzee book of short stories currently available. That still surprises me. But in any case, the three we can read online are incredible.
"Some books are to be tasted, others to be swallowed and some few to be chewed and digested." Sir Francis Bacon, Of Studies
Top
5 posts • Page 1 of 1