Discuss the latest Johnny Depp news, his career, past and future projects, and other related issues.
590 posts

They have started announcing tour dates for next year:

I really hope that the pandemic situation will allow the shows next summer!

and the shows in Germany would have been in late August which would have been totally impossible for me which is why I did not buy tickets until they rescheduled the dates.
Now I already have two tickets for the show in Oberhausen next year and I really can't wait for it!!

Latest announcement, they've had to cancel for this year. 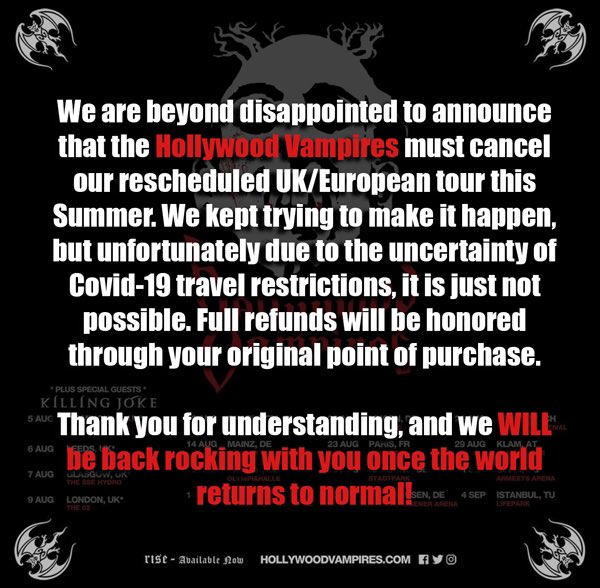 And Wit, was his vain frivolous pretence
Of pleasing others, at his own expense